Niall Horan is said to be messaging Geordie Shore star Marnie Simpson. The Mullingar man and the reality star have been messaging over DMs on Twitter.

Niall is apparently a big fan of the show and started private messaging her after he followed her on the social media site. 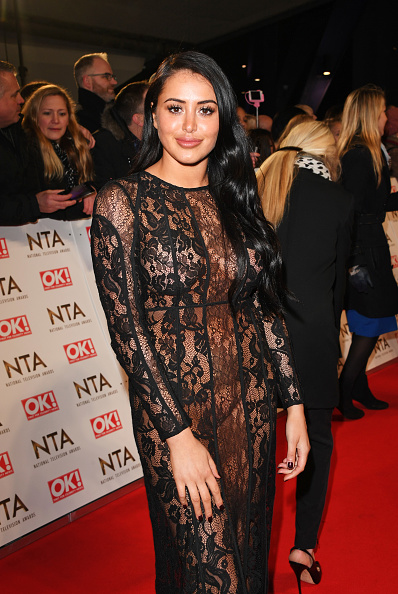 And it's not just Niall who has been messaging her. X Factor winner James Arthur has also exchanged DMs with Marnie. She told The Sun:

"I’ve been speaking to them. We’ve said hello and I’ve spoken over DMs with both of them.

It’s just friendly – they’re both big fans of the show."

Fans of Geordie Shore will know that there's only one thing that comes from the stars of the show - DRAMA!

If it's not on a night out, it'll be on social media. They somehow manage to have public spats with each other and their exes all the time.

popular
Smyths issues warning to parents ahead of Christmas
So, William and Harry have a step sister... and who knew?
Post Malone dramatically falls through stage during concert
An All-Stars I'm A Celeb is officially happening
Riverdale actor Ryan Grantham charged with murder of his mother
Woman charged with the murder of two children in car fire in Westmeath
RuPaul's Drag Race star Cherry Valentine passes away aged 28
You may also like
2 days ago
Rylan Clark was hospitalised with two heart failures after marriage breakdown
1 week ago
The Handmaid's Tale confirmed for a 6th and final season
2 weeks ago
The Midnight Club: Netflix's latest thriller series will have you seriously spooked
2 weeks ago
Gemma Owen reportedly set to star in show about footballers' daughters
2 weeks ago
The Crown producers have a plan in place for if the Queen dies during filming
3 weeks ago
What we know so far about Lindsay Lohan's Irish film
Next Page