News that Nick Grimshaw had quit the X Factor after just one season came as quite a surprise to viewers.

Although the DJ received criticism for a lack of musical knowledge at the start of the season, by the end viewers had generally warmed to him and he seemed to have found his feet alongside Rita Ora, Cheryl Fernandez-Versini and Simon Cowell. 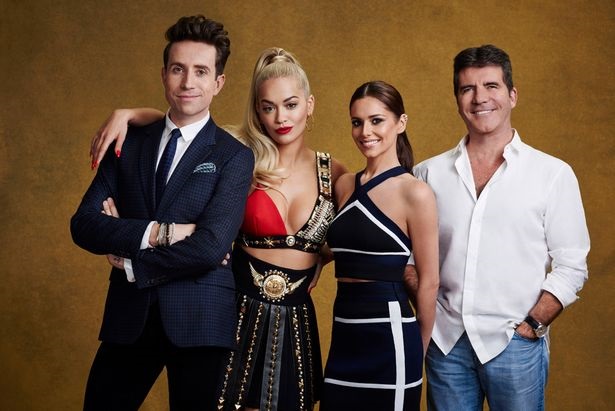 END_OF_DOCUMENT_TOKEN_TO_BE_REPLACED

Now, he has revealed the reason he decided to quit the ITV programme, citing his busy schedule for the bold move.

Speaking to the Daily Star, the Radio 1 DJ revealed that he called it a day because, "doing X Factor and the radio was work all the time".

He continued: "‘I was doing the show in the morning and then working on X Factor from midday to midnight. It was every day. I will miss X Factor but I don’t regret my decision to go.

"There hadn’t been any discussions when I made my decision.

"So I thought before there were months of speculation over who was going to be back, I’d say I didn’t want to and get it out of the way."

No word yet as to who will replace Grimmy, amid rumours that the show could be replaced altogether.

“I don’t know if you want to mess around with it. I love that it divides opinion. It would be a shame to rest the show.”

popular
Jess Redden and Rob Kearney jet off on their honeymoon after "incredible" wedding
The Daly Dish's Gina introduces newborn baby Gene to the world
Arthur Labinjo-Hughes' grandad says murderers “must never see the light of day again”
Man dies after being attacked by newly calved cow in Mayo
Find something for everyone on your gift list at the Bewley’s Christmas Market
Why Are Men so Obsessed With Boobs? The Answer is Pretty Surprising...
Officers who shared photos of murdered sisters on WhatsApp jailed
You may also like
2 months ago
X Factor star Freddie Combs dies aged 49
3 months ago
Alexandra Burke says she was "asked to bleach" her skin
7 months ago
Cher Lloyd appears to call out X Factor exploitation in viral TikTok
1 year ago
Love Island band 'No Love Lost' confirm split as Wes Nelson is 'working' on solo record
2 years ago
X Factor's Fleur East got married this weekend in the most stunning dress EVER
2 years ago
Simon Cowell to relaunch Celebrity X Factor in desperate bid to save ratings
Next Page