The star showed off her pixie cut while on set.

The Big Little Lies star is on set in Australia as filming commences on the eight-episode series. 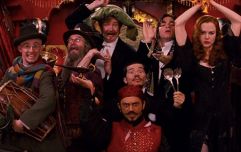 END_OF_DOCUMENT_TOKEN_TO_BE_REPLACED

Kidman gave her social media followers a glimpse into set-life by sharing a photo on Instagram.

In it, the Australian actress is sporting a blonde pixie cut and a woolly jumper.

Nicole is not the only big name involved in the adaption. She'll be joined by Mad Men's Alison Brie, Nurse Jackie's Merritt Wever and Widows' Cynthia Erivo.

Irish author Ahern published Roar in 2018. The collection features 30 feminist short stories with a different heroine in each tale. 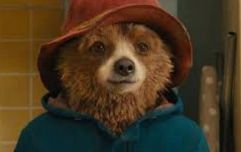 Paddington 3 is officially in the works!

END_OF_DOCUMENT_TOKEN_TO_BE_REPLACED

The TV adaption has been in the works for several years now, but a release date is yet to be announced.

To this day, Ahern remains one of Ireland's bestselling female authors. Her novels have sold over 25 million copies worldwide. 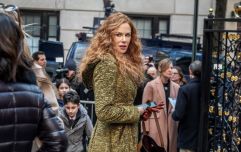 END_OF_DOCUMENT_TOKEN_TO_BE_REPLACED

Roar is her third publication to get a screen adaption.

Subsequently, the 2014 romantic comedy Love, Rosie, was based off her 2004 novel, Where Rainbows End, and starred Lily Collins and Sam Claffin.

popular
Love Island's Adam Collard and Paige Thorne are "on a break"
Netflix's Dahmer series' inaccurate key detail changes everything
Here are the baby name trends set to dominate 2023
5 delicious brunch spots around Ireland to try out on your next trip with the girls
Irish twins featured by Gucci during Milan Fashion Week
Maisie Williams speaks about "traumatic" relationship with father
Doctors move young girl to Dublin hospital after Co. Clare incident
You may also like
3 years ago
Nicole Kidman says they are 'definitely exploring' a third season of Big Little Lies
3 years ago
This 10-second beauty hack is Nicole Kidman's secret to glowing skin
4 years ago
The 10-second beauty hack that will keep your skin looking ageless
4 years ago
The first look at Meryl Streep in Big Little Lies is here
4 years ago
An old photo of Nicole Kidman after confirming divorce from Tom Cruise is doing the rounds
4 years ago
Nicole Kidman looks COMPLETELY different in her new movie role
Next Page