Normal People is making even more of a name for itself as it's after bagging 15 nominations at this year's Irish Film and Television Academy Awards.

We've all been in love with Connell since last year when Normal People first came to our screens, so it's no wonder that they've outdone themselves at the IFTAs. 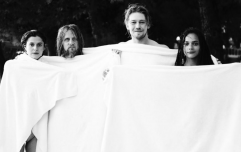 END_OF_DOCUMENT_TOKEN_TO_BE_REPLACED

Among their many award nominations, Paul Mescal has been nominated for Best Actor, Lenny Abrahamson for Best Director and Best Drama.

Paul Mescal won Best Actor for the same role at the BAFTAs last week, so it's no surprise he's been nominated on the emerald isle too.

Ed Guiney and Andrew Lowe from the Irish production company Element Pictures said in a statement: "We are very grateful to IFTA for recognizing the incredible talent we have been so lucky to work with across two productions we are so proud of – Normal People and Herself."

"We are also delighted with the nomination for the wonderful documentary, Breaking Out, distributed by Element Pictures."

And for film, Dating Amber got eight nominations including Best Film and Best Actor for Fionn O'Shea. 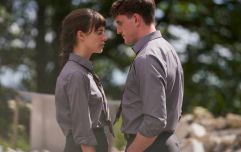 END_OF_DOCUMENT_TOKEN_TO_BE_REPLACED

The Oscar nominated animated film Wolfwalkers has also been nominated for Best Film while Nicola Coughlan grabbed a nomination for Best Supporting Actress for her role in Bridgerton.

Speaking on Morning Ireland today, Nicola said: "Lovely news to wake up to. I mean it's amazing. It means so much to be recognised by the people from home. That's so important. It's a massive honour."

We won't know who the winners are until July, but for now you can check out the full list of nominees here.

popular
Ben Foden's wife Jackie says it is "not possible" for him to cheat on her
These are the top baby names for 2022
Cavan parents remember teenage son as "character of the family" on emotional PrimeTime interview
GPs will not be included in pandemic bonus payment
Madeleine McCann investigators say they've found new clues that could "heavily incriminate" suspect
Gardaí investigating woman's death after body found in apartment
And Just Like That... episode 8: Nobody saw this one coming
You may also like
6 months ago
You can now rent the Italian villa from Normal People on Airbnb
8 months ago
Paul Mescal to star in new Irish psychological thriller
9 months ago
Paul Mescal officially deactivates Instagram account
9 months ago
Phoebe Bridgers calls Paul Mescal "the sweetest", fueling dating rumours
11 months ago
Here's the cast for Sally Rooney's Conversations With Friends adaptation
11 months ago
QUIZ: Can you name these minor Normal People characters?
Next Page