Love Island's Ollie Williams has issued a statement after quitting the villa.

On Tuesday afternoon, it was revealed that the 23-year-old had left the villa after just a few days. Insiders revealed at the time that his departure came after he realised he was in love with his ex girlfriend.

And now, Ollie has issued a statement about the real reason behind his departure.

"I have to be honest with myself, and everyone, that I do still love someone else… I have to follow my heart in this scenario and it would be wrong for me to ignore these feelings,"  he said in a statement via The Mirror.

"At the end of the day, this is Love Island and it’s about finding love. If I carried on anything with Paige, or any other girl that might come into the villa, it wouldn’t be fair on them." 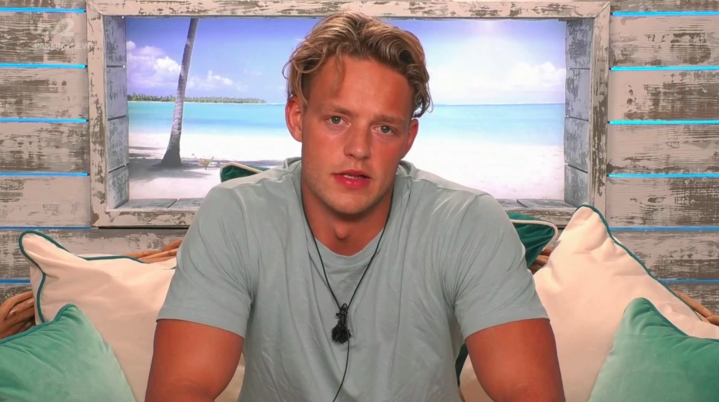 Ollie entered the Love Island villa over the weekend, and he was soon coupled up with Paige Turley.

However, reports emerged on Tuesday that he had decided to leave the South African villa after realising he still had feelings for his ex, Laura.

END_OF_DOCUMENT_TOKEN_TO_BE_REPLACED

"The show made Ollie realise he wasn't ready to be in another serious relationship and he still has really strong feelings for Laura," the source told The Sun.

"Meeting girls who were so different to him and his background only clarified how he felt about his ex and he felt it was only fair to leave the competition and sort his head out. He told producers and acted on his feelings as soon as he made up his mind."

Broadcasting regulator Ofcom has said it had received more than 200 complaints against the 23-year-old, after photos emerged of him allegedly showing him posing with dead animals.

Viewers had accused Ollie of allegedly game hunting. However, a source close to Ollie denied the claims.

popular
How to cope in this humidity: From sleeping better to dealing with frizzy hair!
Hot New Couple Alert: Rumer Willis Dating Soap Star Ricky Whittle
Someone has ranked the penis size of men from all over the world
Power ponytails and perfect messy buns! Here's some TikTok hair hacks to try at home
Here's how long sperm actually lasts for after sex
According to experts lunchboxes could be a big transmitter of Covid-19
This no bake 'Chocolate Refrigerator Cake' recipe has us drooling
You may also like
2 weeks ago
Love Island's Dani Dyer expecting first child with boyfriend Sammy Kimmence
3 weeks ago
Love Island's Marcel expecting first child with girlfriend Rebecca
3 weeks ago
Have we really come all that far since #BeKind?
1 month ago
Love Island's Lucie and Luke have confirmed they are, indeed, dating
1 month ago
Maura Higgins: "You always hear men talking about sex, why can't I do the same?"
1 month ago
Winter Love Island has officially been cancelled
Next Page