Television and films constantly influence the popularity of baby names.

For instance, the name Bella surged in popularity following the success of Stephanie Meyer's Twilight books, as well as the subsequent movie franchise. 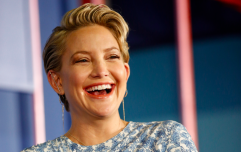 END_OF_DOCUMENT_TOKEN_TO_BE_REPLACED

Similarly, Hermione became a popular baby name off the back of the Harry Potter books and films.

The name Katniss, meanwhile, never appeared in the US records until 2012, which was when the first installment of The Hunger Games hit movie theatres.

As it turns out, the television adaption of The Handmaid's Tale has seen a similar effect.

According to Bella Baby, a number of characters from the show have become popular baby names.

June, for instance, has a popularity score of 81%. It recently climbed 20 places on the list of baby names.

The divisive character Serena, on the other hand, appears to be even more popular. It has a score of 93% and jumped 49 places across the rankings over the past few years.

Other popular baby names inspired by the series include Rita, Cora and Nick. 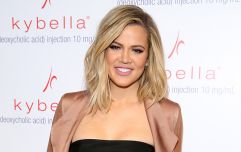 END_OF_DOCUMENT_TOKEN_TO_BE_REPLACED

The Handmaid's Tale's influence on baby names is not surprising when you consider the massive success of the television adaption.

The Hulu programme made history as the first show on a streaming service to win an Emmy for Outstanding Series. The Guardian, meanwhile, listed it among their 100 best TV shows of the 21st century.

Last month, the trailer for the highly anticipated fourth season dropped on Instagram, and, by the looks of it, we're in for a wild ride. 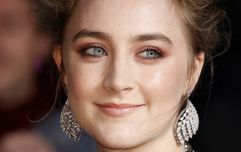 Saoirse Ronan has started this unexpected trend in the US

END_OF_DOCUMENT_TOKEN_TO_BE_REPLACED

When we last saw June, she was bundling the children of Gilead onto a plane, attempting to rescue them from the totalitarian state. However, June herself isn't leaving anytime soon, as she remains committed to rescuing her daughter.

The fourth season of The Handmaid's Tale will debut on Wednesday 28 April on Hulu.

Girls With Goals || Her · Ep.161: Feeling Peachy - Sharon Keegan of Peachylean on being an absolute BOSS!
popular
The fashion world is OBSESSED with potato brown right now – and for good reason
Woman buys 148 year old house, goes viral after finding secret passage way
Kate Middleton has addressed the rumours that she's pregnant with her fourth child
More footage of Tristan Thompson cheating on Khloe has emerged
London Fire Brigade issues warning over the swing TikTok trend
QUIZ: Can you beat Ross's quiz in Friends?
Ewan McGregor's ex Eve Mavrakis speaks out about his new relationship
You may also like
1 month ago
Bookies reckon Harry and Meghan will name their baby girl 'Diana'
2 months ago
The most popular baby names in Ireland in 2020 have been revealed
4 months ago
Around the world: The most popular baby names in major cities across the globe
1 year ago
Woman demands her twin sister change her adopted daughter's name as she wants to use it
1 year ago
10 rare (and stunning) Irish baby names not everyone has discovered yet
1 year ago
The most popular Irish baby girl name has been revealed – and it's a fab choice
Next Page