"All girls have periods. So let's normalise that – and celebrate it!”

Pixar's latest movie is set to tackle the stigma around periods and puberty.

Turning Red revolves around 13-year-old Mei, a Chinese-Canadian schoolgirl, who finds herself turning into a giant red panda whenever things get a little too much for her.

And yes, you guessed it, the transformation acts as a metaphor for puberty and the huge amount of physical and mental changes that young girls go through.

We follow Mei on a journey through one of the most confusing times of any young girl's life as she deals with the awkwardness of entering adolescence. The movie tackles the embarrassment many girls feel when they get their first period in a humorous and honest way.

Rosalie Chiang, who voices Mei, said the "unapologetic" film really resonated with her as a young person.

"It's a really taboo subject, even though everyone goes through it.

She added that the big awkward panda represents "change and messiness". 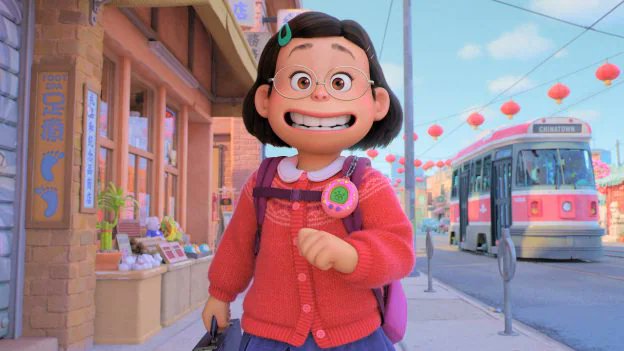 Pixar previously explored the emotions of a young girl in Inside Out, but this is the first of its films focusing exclusively on puberty.

It's also one of the first times menstruation takes centre stage in a mainstream movie, at least in cartoon form.

Killing Eve's Sanda Oh, who voices Mei's mother, said she jumped at the chance to be involved in the movie.

"All girls have periods. So let's normalise that – and celebrate it!” she told BBC.

"I was just so happy there was a film about it... I don't think we really mention it enough, so to be a part of a film that embraced puberty was important to me."

popular
Irish person dies after drowning in Spanish resort swimming pool
Love Island's Danica said she felt "disrespected" in the villa
Everything we know about Love Island USA's Irish premiere
Galway dog charity sees surge in owners surrendering dogs
WhatsApp introduces way to choose who can and can't see you're online
Dami explains why he was "angry" during the Love Island reunion
Search underway in Ireland for missing 11-year-old Ukrainian girl
You may also like
3 years ago
Disney announces new Pixar movie 'Soul' set for release in summer 2020
3 years ago
Here is the first look at Disney's Monsters Inc TV show
3 years ago
Pixar's eight minute film about sexism in the workplace cleverly highlights a serious reality
4 years ago
There'll be more dog-friendly cinema screenings in Ireland this month and yeah, we're going
4 years ago
This Dublin cinema is hosting a Pixar month and we are absolutely buzzing
4 years ago
A new Toy Story theory has absolutely ruined the film for us and things will never be the same again
Next Page