President Trump tried to wish his wife well after hospital but called her by the wrong name...

This is the Covfefe of getting your own wife's name wrong.

You send a text. You misspell something. It happens! 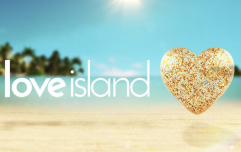 END_OF_DOCUMENT_TOKEN_TO_BE_REPLACED

However, when you're the President of the United States, every little thing is scrutinized, and to be fair, not only should you not be in such a rush to tweet stuff that mistakes happen so often that people just kind of become numb to them, but surely you've written your own wife's name often enough that your phone will just autocorrect to that anyway?

In case anyone wanted to know why Melania was in the hospital it was apparently an exchange. In went Melania, and out came someone named Melanie?

Do you think Trump swapped models because, as opposed to Melania, Melanie will behave & actually hold his hand in public and stuff.. pic.twitter.com/3Xgkr078R0 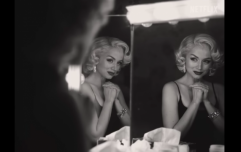 END_OF_DOCUMENT_TOKEN_TO_BE_REPLACED

And it was all going so well recently!

Remember when he practically fixed the North Korean crisis? Or how he got all those hostages back home? And how there was actual support behind his nomination for the Nobel Peace Prize?

We are a fickle bunch, truly.

He did, eventually, after four minutes rewrite a new tweet, but by then the damage was done.

Great to have our incredible First Lady back home in the White House. Melania is feeling and doing really well. Thank you for all of your prayers and best wishes!

Clearly love is blind, and also maybe a little bit dyslexic. Or at the very least, love should turn the predictive text off.

popular
He may be a politician, but Leo Varadkar's personal life is none of our business
Kelsey Parker: "People think I should be walking around wearing my black veil"
Fans are feeling seriously sorry for Molly Mae Hague after resurfaced interview
"I slept with your fella": Vogue speaks out about ex's cheating
Parents told to stop buying selection boxes for kids- here's why
Woman hit by rollercoaster wakes from coma after two months
Dundalk restaurant offer free Christmas dinner to those in need for third year running
You may also like
2 years ago
Trump press secretary Kayleigh McEnany cut off by Fox News
5 years ago
White House says assault allegations against Trump are 'different'
5 years ago
Irish reporter is the latest victim of Trump's misogynistic ways
5 years ago
Impeachment doesn't mean what we think, least of all for Donald Trump
5 years ago
This is the reason why Donald Trump's ties are extra long
5 years ago
Donald Trump just declared his own inauguration day a "National Day Of Patriotism"
Next Page