Decent shout for the weekend?

Quentin Tarantino's eighth film, The Hateful Eight, is now a four-episode mini-series on Netflix. It now also contains 25 minutes of additional footage that wasn't included in the cinematic release.

Fans of Tarantino's western-themed, parlour-room whodunnit, which stars Samuel L.Jackson, Kurt Russell, Jennifer Jason Leigh, Tim Roth and Michael Madsen, may remember that the film was already divided into six distinct chapters, so it seems strange that the ultraviolent auteur would then further split the film into quarters.

Speaking to Slashfilm, the director explained his decision to adapt the movie for the streaming platform:

"And I thought, wow, that’s really intriguing. I mean, the movie exists as a movie, but if I were to use all the footage we shot, and see if I could put it together in episode form, I was game to give that a shot." 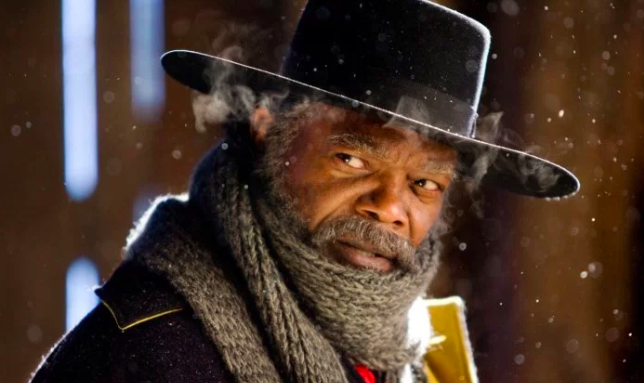 As a result, this new extended version contains around 25 minutes worth of extra footage and also means certain scenes in the film don't play out quite the same way as the cinematic version. For instance, according to The Verge, one key sequence is now shown from the perspective of a completely different character.

Discussing the differences with the new extended edition version of Hateful Eight, the director also stated that the miniseries just has a different feel to the original.

"We edited the film down into 50 minute bits, and we very easily got four episodes out of it. We didn’t re-edit the whole thing from scratch, but we did a whole lot of re-editing, and it plays differently.

Worth a watch, potentially if you're a Tarantino fan.


popular
BRB, running to Penneys for the €19 trousers that look like they cost ten times the price
The comfy €42 M&S boots we're going to be living in all spring
'Be A Lady, They Said!' You need to watch this incredibly powerful video about being a woman
The dress that Holly Willoughby wore this morning is getting very mixed reactions
'Be a lady they said' made waves yesterday, at the exact moment it should have
Summer is coming, and we'll be living in these adorable €11 denim shorts from Penneys
There was a One Tree Hill reunion last weekend and the nostalgia is real
You may also like
1 hour ago
Netflix's The Woods is the thriller that will be your next TV obsession
2 days ago
Netflix's Babies documentary is making quite the impression online
3 days ago
5 new additions to Netflix to spend your weekend watching
4 days ago
Production on season two of Netflix's The Witcher has begun
4 days ago
Jennifer Lawrence is set to star in a new sci-fi comedy for Netflix
4 days ago
The premiere date for Ryan Murphy's new Netflix series Hollywood has been announced
Next Page