QUIZ: How well do you remember the lyrics to these Lion King songs?

♫ Hakuna matata, what a wonderful phrase. ♫

As Disney fans are no doubt aware, the live action version of The Lion King hits cinemas this week.

It has a star-studded cast and, if we're being honest, we've got some pretty high hopes for the film after listening to the soundtrack this week.

But before we get ready to belt out Hakuna Matata in cinemas once again this weekend, we figured it was time to put your Lion King song knowledge to the test.

10 questions, 10 chances to Be Prepared. 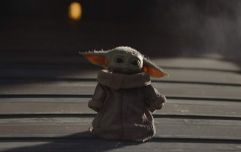 END_OF_DOCUMENT_TOKEN_TO_BE_REPLACED

In case you need a refresher on what the film is about, Disney’s The Lion King, directed by Jon Favreau, journeys to the African savanna where a future king is born.

It follows Simba, who idolizes his father King Mufasa, and takes to heart his own royal destiny.

But not everyone in the kingdom celebrates the new cub’s arrival. Scar, Mufasa’s brother — and former heir to the throne — has plans of his own.

The battle for Pride Rock is ravaged with betrayal, tragedy and drama, ultimately resulting in Simba’s exile. With help from a curious pair of newfound friends, Simba will have to figure out how to grow up and take back what is rightfully his.


popular
The comfy €42 M&S boots we're going to be living in all spring
The €30 New Look skirt that will go with everything in your wardrobe
Dancing With the Stars judge Julian Benson will miss tomorrow night's show
Better bundle up, Met Éireann are forecasting snow in parts of the country over the weekend
The floral Penneys dress that will instantly update your spring wardrobe
Dua Lipa's new 'haircut' was actually caused by her hair breaking from bleach damage
Meghan Markle and Prince Harry issue lengthy statement sharing new details about their exit from royal life
You may also like
14 hours ago
Lena Waithe to voice first openly gay character in an animated Disney movie
1 day ago
Disney are offering you a dream job based in Dublin
1 month ago
Penneys has launched a new Baby Yoda collection - and not going to lie, we want it
1 month ago
The Irish launch date for Disney+ has been officially announced
1 month ago
You absolutely need this Disney dinner set for the house you probably can't afford to buy
1 month ago
There's a Disney-inspired boozy brunch coming to Dublin in June and we are SO there
Next Page