QUIZ: How well do you remember these 21 Grey's Anatomy characters?

There's been a lot of people passing through the halls of Grey Sloan Memorial over the years.

It's fair to say that Grey's Anatomy has undoubtedly had a fair share of drama over the years.

And the long-running medical drama's loyal fans have seen some memorable - as well as some less-memorable - doctors and patients pass through the halls of Seattle Grace/Seattle Grace Mercy West/Grey Sloan Memorial/Whatever the next name change will be. 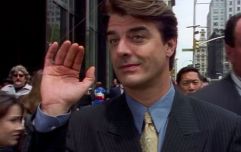 QUIZ: Which Sex and the City man would you end up with?

END_OF_DOCUMENT_TOKEN_TO_BE_REPLACED

While the characters themselves may have stirred up some at-the-time unforgettable drama, it can be hard to remember exactly who they are. Which is totally understandable.

It's time to put some names to faces, and see how well you remember these 21 Grey's Anatomy characters.

We've gone from season one all the way to season 14 to pick some of the patients and doctors who have really made their mark on Grey's Anatomy.

Do you remember who Derek was dating while on a break with Meredith? What about who left Christina at the altar?

Or even McVet's real name?

Take our quiz and find out.