Well, they left that out of the preview.

Only a half an hour in, the islanders headed to bed but not before the girls had a little discussion amongst themselves, planning out their next move.

END_OF_DOCUMENT_TOKEN_TO_BE_REPLACED

Fans on Twitter are dubbing it a "boring" episode, and while not a whole lot happened, they can't seem to get over the bedroom scenes we all witnessed.

Before heading to bed last night, Liberty, Millie, Faye and Chloe all decided that they'd go all the way with the boys tonight, and started planning out sexy lingerie to wear to bed. 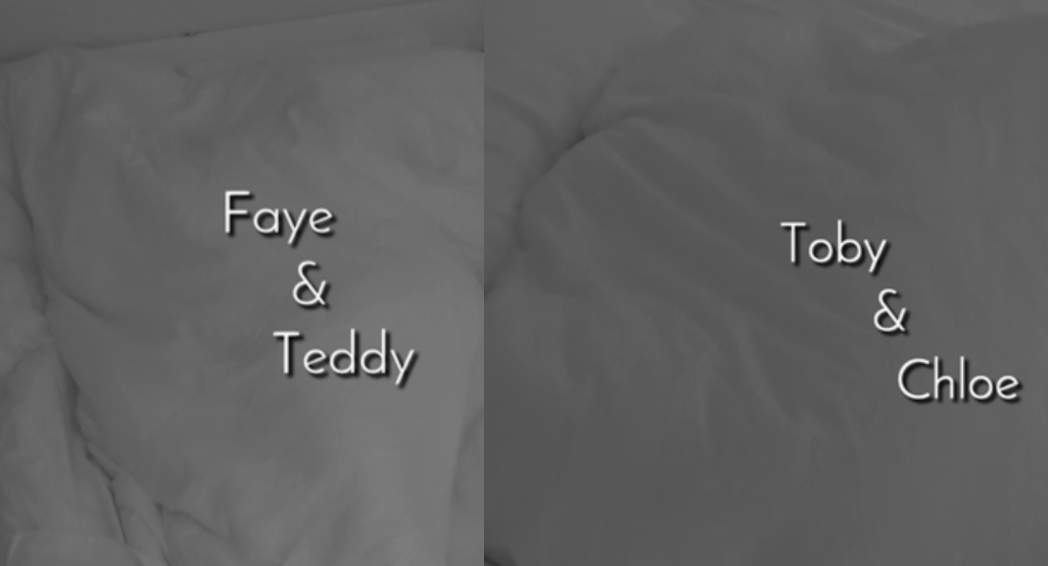 So once lights went out, we all got to see the whole lot of them going at it from under the sheets, and fans can't quite believe it was aired.

The next morning, the girls held a graduation ceremony to celebrate the antics the night before, and as they all openly admitted it, fans went mental on Twitter.

One fan said: "TOBY JUST SCORED A BICYCLE KICK UNDER THOSE COVERS."

Wait I thought they were joking about all shagging tonight😶 #LoveIsland pic.twitter.com/W6uSSjnsIR

END_OF_DOCUMENT_TOKEN_TO_BE_REPLACED

Another said: "I’m sorry but it is weird to shag in a room full of other people shagging."

A third said: "if i was trying to sleep and i had FOUR (4) couples shagging next to me it would send me over the edge."

Another added: "They really just showed the lot of them shagging."

While this was a lot more common in the earlier seasons, the last few years have been a whole lot tamer when it comes to this type of thing, if showing anything at all.

So it's no wonder fans were in utter shock when they had to sit through these shenanigans.

popular
Love Island's Faye Winter says she feels like she's "failing" as an influencer
Here are the baby name trends set to dominate 2023
X-Factor star Lucy Spraggan on the backlash the show is receiving
5 delicious brunch spots around Ireland to try out on your next trip with the girls
The beginner's guide to upcycling: 3 essential tips for embracing DIY at home
The best Halloween costumes no matter what your hair colour is
Love Island's Adam Collard and Paige Thorne are "on a break"
You may also like
2 days ago
Andrew Le Page says Paige and Adam are still together
3 days ago
Greg O'Shea says he regrets not staying with Amber for longer
5 days ago
Two Love Island 2022 stars have just become step siblings...
6 days ago
Adam Collard responds to claims he cheated on Paige Thorne
1 week ago
Love Island's Indiyah explains why she called a medic in the villa
1 week ago
Greg O'Shea opens up about "really bad" time as he suffered a mental health crisis
Next Page