Or as it shall be known as today: RTÉ Does Comic Relief day.

We're still technically in lockdown, so chances are you've nothing on this evening. And even if you do, you'd do well to cancel those plans and sit in for a watch of this instead.

It's gonna be a good 'un, from the sounds of it.

As we are all very aware, there will be a Normal People special on RTÉ Does Comic Relief tonight.

We don't know exactly what it will entail, and we don't know who's involved other than Paul Mescal and Daisy Edgar-Jones (and to be honest, that's enough), but we do know that it's going to get us right in the feels and will probably be quite funny too.

"I can't imagine any context in which they would have allowed a sort of little extra special into the world of Normal People - and you guys have got two!" he said.

"I promise you, though, these are two very special bits."

END_OF_DOCUMENT_TOKEN_TO_BE_REPLACED

The cast of hit Channel 4 comedy Derry Girls are among the countless other comedy folk bringing a bit of laughter to our Friday night this evening.

All week, they and creator Lisa McGee have been sharing updates on social media of themselves rehearsing for the special (via Zoom, obviously), for what is sure to be a hilarious, touching, and brilliant sketch.

END_OF_DOCUMENT_TOKEN_TO_BE_REPLACED

The collaboration we need - and deserve.

It makes sense that both Aisling Bea and Hozier will be taking part in RTÉ Does Comic Relief: they're a successful comedy writer and musician respectively, after all.

But tonight, Aisling and Hozier will be joining forces to bring a sketch that incorporates both of their talents: Aisling's humour... and Hozier's inability to deliver dirty jokes.

For #RTEComicRelief @weemissbea has been writing jokes for @Hozier and once she finds a theme she really sticks to it.#RTEComicRelief - Friday at 8
You can donate at https://t.co/bTJtmB5OXq pic.twitter.com/TECabB6vcb 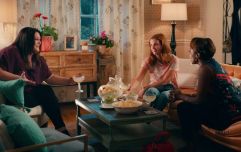 END_OF_DOCUMENT_TOKEN_TO_BE_REPLACED

Well, okay, it's not exactly a reboot as such but Ray D'Arcy will indeed be joined by Dustin and Zig and Zag for a live revival of the popular kid's show sometimes tonight - and that's good enough for us.

“I think the way people’s heads are right now, nostalgia is bigger than ever," said Ray this week.

"The idea of a reunion “sort of suggested itself. I suspect I’ll be doing what I mainly did for eight years: sit in the middle and laugh, and occasionally act like a responsible parent and tell someone, ‘You can’t say that.'" 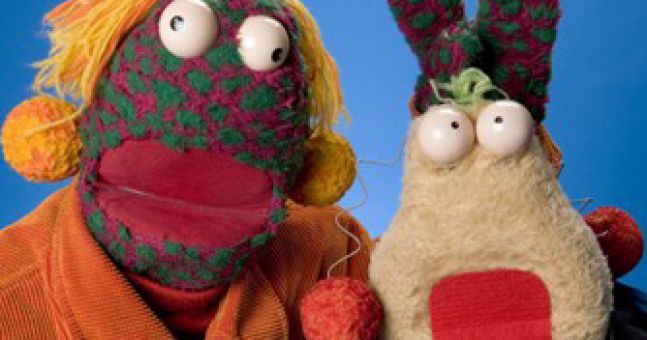 Hosted by Deirdre O'Kane, Nicky Byrne, Baz Ashmawy, Jennifer Zamparelli, and Eoghan McDermott, the special is sure to give us all a right laugh during these trying times while also raising vital funds for charity.

All funds raised during tonight's event will go directly towards the Community Foundation for Ireland, who will dispense the money between a variety of national, regional, and local charities.

Donations will provide essential supports and assistance to vulnerable communities across Ireland who are impacted by the Covid-19 crisis.

You can make a donation here.

popular
5 new additions to Netflix to spend your Saturday night watching
5 reasons why Limerick is an ideal staycation destination this summer
Will Smith admits to 'failing miserably' in 21-year marriage to Jada Pinkett Smith
QUIZ: How well do you remember the 2005 movie Pride & Prejudice
After days of silence, Scott and Sofia finally comment on the break up rumours
Someone has ranked the penis size of men from all over the world
Glossier: A first-time buyers guide to this cult beauty brand
You may also like
1 week ago
Down to Earth, Zac Efron's new sustainability travel show hits Netflix this July
1 week ago
Dustin the Turkey responds to 'backlash' over Niall Horan Comic Relief sketch
2 weeks ago
Dame Judi Dench fears theatres won't reopen 'in her lifetime' in the UK
2 weeks ago
QUIZ: How well do you remember the very first episode of The O.C.?
2 weeks ago
Brooklyn Nine-Nine scraps four planned episodes after George Floyd's death
2 weeks ago
I May Destroy You: Why you should be watching the new BBC series
Next Page