Ryan Thomas has been praised highly for his gay sex scene on Neighbours this week.

This actor, playing character Rafael, had recently suffered a motorbike accident that left him with severe scars across his body.

This week, he found the courage to remove his clothes in front of David, played by Takaya Honda, who recently revealed that he was experimenting with his sexuality. 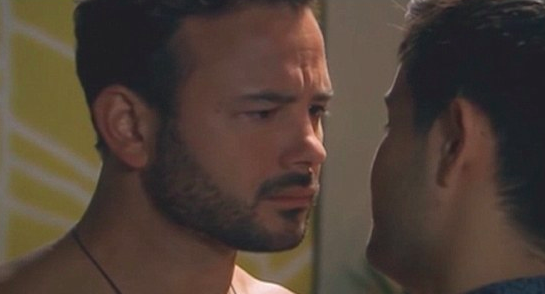 The pair kissed as Rafael told David: "I only came out last year. I know what it's like to feel overwhelmed."

The guys continued to embrace as the camera panned away, leaving viewers with the mere suggestion of what happened next. 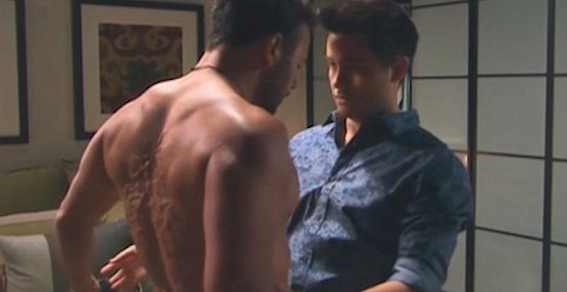 Following the scene, fans of the Australian soap took to Twitter to commend the actors on the "beautiful" scene and to complement their acting abilities too.

They also applauded the show for including an implied sex scene between two men.

I absolutely loved the implied sex scene tonight! It was just so beautiful. Huzzah for lgbt pride! It's so refreshing to see a gay sex scene! #neighbours

FINALLY someone kisses David on the lips with passion instead of pecking him on the forehead! 😘 YES #Neighbours - that's how you do a gay kiss on TV!!! 🙌

Ugh that David/Raf bedroom scene was so gay and beautiful I legit cried a little :'3 🏳️‍🌈 #neighbours

Thomas made his debut on Ramsey Street earlier this year as mysterious English tourist, Rafael.

He had previously starred as Jason Grimshaw on Coronation Street, beginning his career on the cobbles when he was just 16-years-old.

He left the show in 2016 saying that he wanted new experiences and a chance to pursue other roles.

popular
H&M to close 170 stores this year due to dropping sales
Casper Walsh from Versatile got engaged this weekend, and the ring is INSANE
Glossier: A first-time buyers guide to this cult beauty brand
5 reasons why Limerick is an ideal staycation destination this summer
Boojum are now delivering pre-prepared meals that you can cook in your own home
Glee star Naya Rivera is missing after a boat trip in Southern California
QUIZ: How well do you remember The Princess Diaries?
You may also like
8 months ago
Reg Watson, the creator of Neighbours, has died aged 93
10 months ago
Neighbours is about to get its first ever spin-off
1 year ago
Neighours and Home and Away actor Craig McLachlan charged with sex offences and assault
1 year ago
This legendary Neighbours star has signed up for Dancing On Ice
1 year ago
Neighbours will be introducing a VERY interesting love story for Mishti Sharma
2 years ago
Neighbours star to return to the show after 29 years
Next Page