The eight-part series - which will also arrive on NOW TV - is a darkly comic-drama based on the novel of the same name by C. J. Skuse.

Rhiannon is your average girl next door, living quietly with her boyfriend and little dog. By day her job as an office manager is demeaning and unsatisfying.

END_OF_DOCUMENT_TOKEN_TO_BE_REPLACED

By evening she dutifully listens to her friends’ plans for marriage and babies. Rhiannon never complains, smiling through it all with reserves of serenity and a sparkling wit. She has become skilled at keeping it together. Being normal.

But behind this mask is a ferocious power lying dormant, and a long-buried secret that Rhiannon wishes she could forget. When a chance encounter with a stranger leads to a shocking act of violence, Rhiannon’s mask slips completely and she is forced to confront the darker side she has long kept hidden. The girl everyone overlooks might just be able to get away with murder. 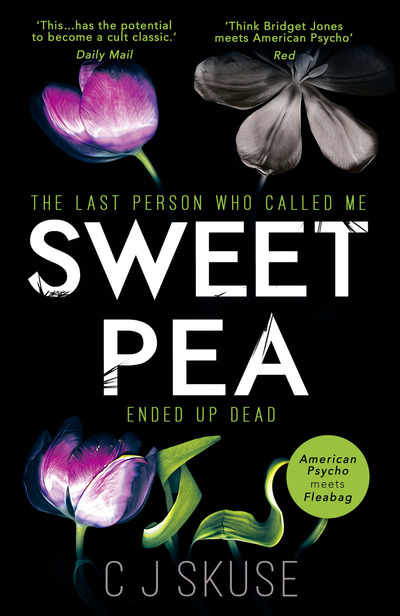 The announcement comes as Sky recently unveiled its  largest ever slate of programming for 2020, alongside the commission of 10 new Sky original programmes in drama, comedy and entertainment,

The broadcaster held it's Up Next showcase event at the Tate Modern this week, sharing exclusive previews of brand-new shows due to air this year - with over 25 talent on stage including David Schwimmer, Nick Mohammed, Maisie Williams, Billie Piper, Dynamo, Rob Brydon and Steve Coogan.

END_OF_DOCUMENT_TOKEN_TO_BE_REPLACED

80 original series will hit Sky screens in 2020, an increase of 25 per cent year-on-year from 2019, together with a 40 per cent boost in the volume of programming from the US.  This is alongside aggregated content from its partnerships with Netflix, offering customers all the best TV in one seamless service.

“2020 is going to be the best year yet for content on Sky – we have over 80 original series and 40% more US shows, we have new channels like Sky Comedy, Sky Nature and Sky Documentaries launching and we are announcing ten new commissions today.  In an increasingly competitive market, we keep pushing to give our customers what they want, all the best TV, all in one place," Group CEO, Sky, Jeremy Darroch, said.

Girls With Goals || Her · Ep.155: 'Bits of Me' - Linnea Dunne on the importance of women's health
popular
Scarlett Moffatt discovers ‘30% rain’ on weather app doesn’t mean chance of rain
Princess Anne: Harry and Meghan were right to quit royal duties
Baileys chocolate cupcakes are coming just in time for Mother's Day - and any day, really
Jesy Nelson "mentally bullied" herself during Little Mix years
Lady Gaga's dog walker shot as her two dogs are stolen
Anne Hegarty shook by "worst ever" final Chase
Chloe Ferry and Wayne Lineker announce "engagement"
You may also like
2 weeks ago
Gina Carano has reportedly been fired from The Mandalorian
1 month ago
Netflix’s new true crime doc examines one of the most infamous serial killers in US history
1 month ago
This Morning interview with Graham Norton goes disastrously wrong
1 month ago
Did you spot this? Bridgerton's Claudia Jessie also starred in Line Of Duty
1 month ago
New series of Reeling In The Years to air on RTE this spring
1 month ago
"Calling new islanders": Love Island is now casting for next season
Next Page