From the all-star cast to the original premise, this will have us all watching when it arrives.

Imagine someone showed you a big pile of evidence that effectively proves that you killed someone.

Footage, witnesses, everything they need to convict you. 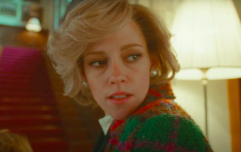 END_OF_DOCUMENT_TOKEN_TO_BE_REPLACED

Except for one thing: You were 60 miles away at the time, and there are witnesses with footage of you being there, too.

That is the predicament that Terry Maitland (Jason Bateman) faces in The Outsider, the latest in a long line of adaptations of Stephen King works.

Bateman will also be going behind the camera (much like he did on Ozark, for which he won a directing Emmy), directing three of the series' 10 episodes.

In front of the camera, he'll be joined by Ben Mendelsohn (Captain Marvel), Cynthia Erivo (Widows), and Paddy Considine (Peaky Blinders), all of whom are trying to untangle the impossible murder of a young boy.

The book itself is seen as something of a return to form for King, and those who have read the novel will already see hints in the (NO SPOILERS HERE, PROMISE!) interesting directions that King takes the story towards.

The Outsider will premiere in the States on HBO on Sunday 12 January, 2020, so it should be available on Sky Atlantic and Now TV here the next day.

Check out the trailer below .

popular
Meabh Feerick passes away after sharing that she felt "let down" by Irish healthcare system
Stacey Solomon mortified after walking around shop in see through leggings
Vicky Pattison thanks fans for support after doctors find ovarian cyst
Liveline listeners call for RTÉ's new property show to be scrapped
Father and daughter stabbed to death in London
TikToker fakes a wedding photoshoot to get back at ex
82-year-old woman reunited with 35-year-old husband after 9 month Covid separation
You may also like
2 months ago
"It is really amazing:" The Little Mermaid star gives update on live-action remake
3 months ago
Netflix reveals release dates for all of the huge movies still to come in 2021
3 months ago
The full list of all the new shows and movies coming to Netflix in August
3 months ago
Only Murders in the Building is a must-watch for fans of true crime podcasts
4 months ago
Dublin cinema named best cinema in all of UK and Ireland
4 months ago
WATCH: The first trailer for The Last Duel, the epic film Matt Damon made in Ireland
Next Page