"I've wanted to play this stage for so long!"

If Tara Stewart isn't a name you're already familiar with then it's time to take note. The DJ who has just landed a spot as a weekday presenter on RTÉ2FM, is now also set for a massive career high as she takes to the Casa BACARDÍ stage at Electric Picnic on Saturday.

"I've wanted to play that stage for so long - when people hear I'm playing Casa BACARDÍ, they're like 'woah', it's incredible, I'm so excited!"

Casa BACARDÍ is one of the biggest and most recognised stages at Electric Picnic, usually not far from the main stage and known for the large crowds it draws as the night gets later, this is certainly one to check out if you're heading to Stradbally this weekend.

Speaking about her love for DJing ahead of the festival, Tara added that playing EP was always a bucket list goal.

"It was really four or five years ago when I started DJing, I think. I just remember thinking I would love to play EP. Being a DJ is so much fun though, I love making people happy." 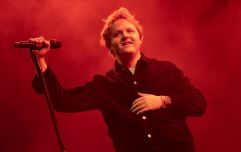 END_OF_DOCUMENT_TOKEN_TO_BE_REPLACED

Noting that over the past five years she has had to make her own luck to get where she wants, Tara put herself out there by emailing PRs and working hard in order to get recognised and established in the music industry.

This weekend, the chances are you'll also see Tara before you hear her thanks to her incredible and unique style that always catches people's eyes.

"I wear what I want, I take inspiration from different things, Pinterest, Vogue, following more interesting fashion people and upcycling what I already have," Tara reveals.

Tara is also making a concious move to become more sustainable and aware of where her clothing comes from.

"I've learnt a lot about the fashion industry. I've become more educated on fast fashion and ethically aware of where our clothing comes from. I've always been big into charity shopping and now I've become a lot more creative with my style and reusing items in my wardrobe."

This weekend for instance, Tara is opting to wear a full vintage look on the Sunday of the festival as well as borrowing a piece from Irish designer Colin Horgan for the Saturday when she takes to the stage - we've no doubt she'll look incredible.

You can check out the full lineup for Casa BACARDÍ here.


popular
The first look at Nicole Kidman's 'twisty' new drama The Undoing is here
OFFICIAL: Season 3 of Killing Eve will premiere in April
Met Éireann issue low temperature weather warning for 25 counties
The trailer for Little Fires Everywhere is here and we have got chills
Season 14 of It's Always Sunny in Philadelphia lands on Netflix tomorrow and that's our Sunday sorted
Nicole Kidman weighs in on the possibility of season three of Big Little Lies
You may also like
1 day ago
Bon Jovi announce new album and US tour with Bryan Adams
2 days ago
Spotify is releasing playlists and podcasts for your pets
2 weeks ago
The hour-long Westlife special is being shown again this afternoon
2 weeks ago
Justin Bieber drops trailer for new docuseries that will show a 'full circle' look at his life
3 weeks ago
BBC to dedicate tonight to Queen, featuring a behind-the-scenes documentary
4 weeks ago
Camila Cabello apologises after racist posts she made as a teenager resurface
Next Page