"Things are changing, but this is a lead, I think, in the future of musicals."

Waitress the musical is coming to The Bord Gáis Energy Theatre this June and ahead of its Irish premiere, we got a sneak peek.

Heading to Liverpool to see what Irish audiences can expect, Her.ie chatted to the three leading ladies about what we should take from this show, why we should go and see it and everything they plan to see and do in Dublin. 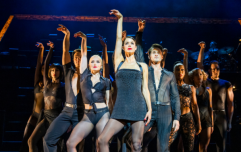 Chicago returns to the Bord Gáis, and it's certainly not to be missed

END_OF_DOCUMENT_TOKEN_TO_BE_REPLACED

Speaking to Chelsea Halfpenny, who plays the lead Jenna, Wendy May Brown, playing Becky, and Evelyn Hoskins as Dawn, we sat down to chat all things about the show.

The show is all about how one mistake can change your life completely, but once you have support from your friends, the burden isn't so hard. It reflects how female friendships are stronger than we could imagine.

Hoping audiences leave feeling fulfilled and simply happy they saw the show, the three actors explained exactly what we can expect.

Chelsea said: "It's just super heartfelt. The songs in it are beautiful and the lyrics are stunning, but the story also, it has some hard-hitting topics and I think a lot of people can relate. But then the ending is really empowering, especially for women. I think people can't help but come away feeling inspired and empowered." 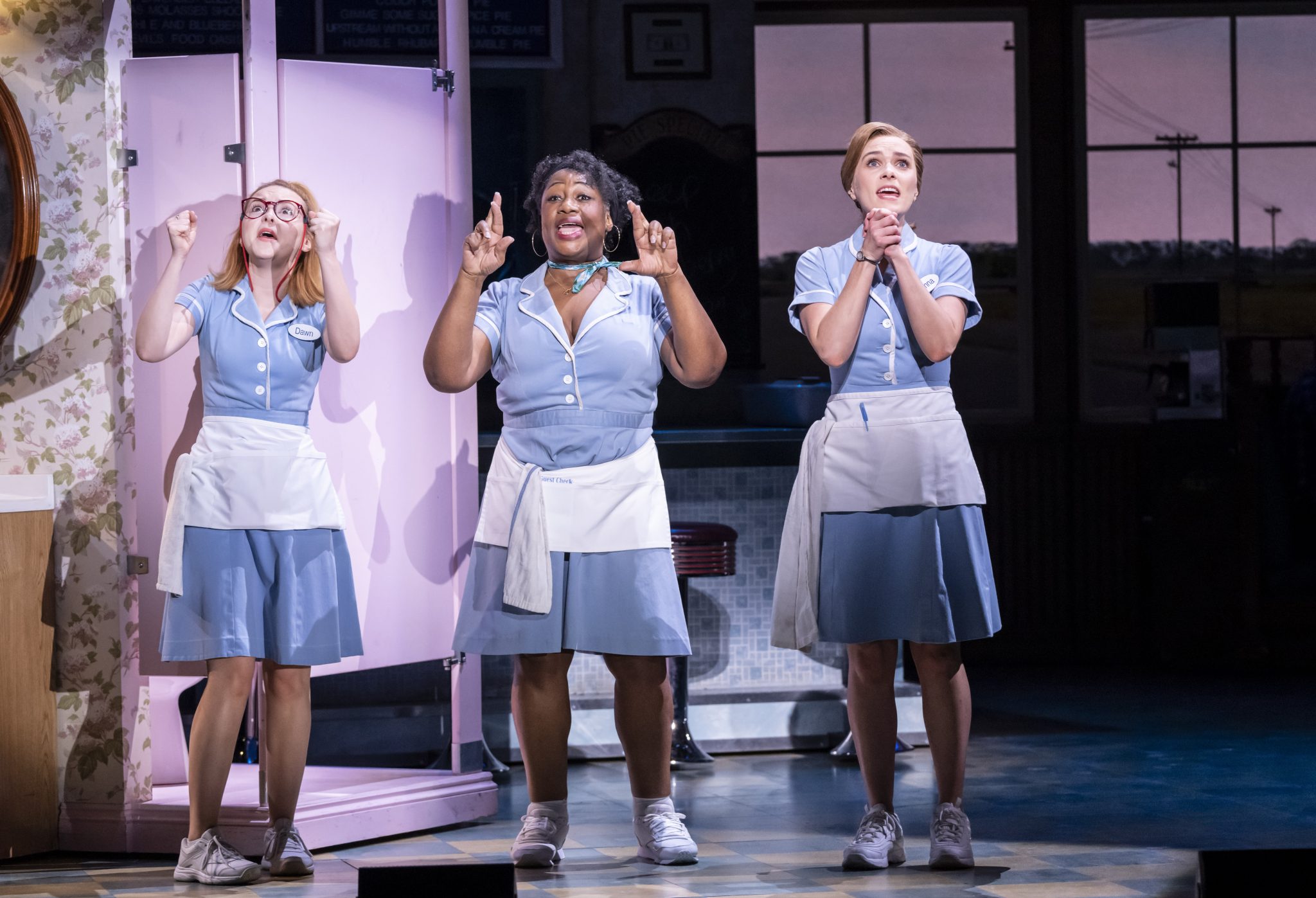 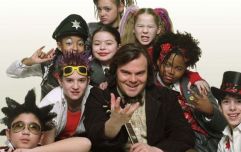 Must see musicals coming to Dublin as restrictions ease

END_OF_DOCUMENT_TOKEN_TO_BE_REPLACED

Evelyn added: "I think echoing what you said about the female friendship thing, it's really important that we remember to celebrate relationships outside of the traditional boyfriend-girlfriend, man-wife, even mother-daughter relationships. Jenna doesn't have the baby till the end, but that relationship and the relationship between these three women, because for the most part of our lives, our longest relationships are that of our mother or our friends. And yet society always tends to focus on the love interest side of life. And I really enjoy telling a story that, that isn't about that. It's really empowering, I hope that the audience leave feeling that."

When it came to getting involved in the show initially, Evelyn continued: "I saw the show on Broadway in 2016. I saw the original Broadway cast and didn't know anything about the show, fell in love with it and that became a dream role of mine really. I was really lucky to be able to do it in the West End with Sarah [Bareilles] who wrote the music. She was playing Jenna, which was an incredible honour and just dream come true. But for me personally, with Dawn, I find as an air quote, "character actress", I'm never the pretty one and I find that characters like Dawn, the type of character that Dawn is, aren't usually as fleshed out and Dawn has, this has sort of the most traditional story arc of the three girls."

Wendy added: "Things are changing, but this is a lead, I think, in the future of musicals. It's very relative, isn't it? It's very conversational, there are no big Broadway flashing lights. It's just, a conversation between friends almost." 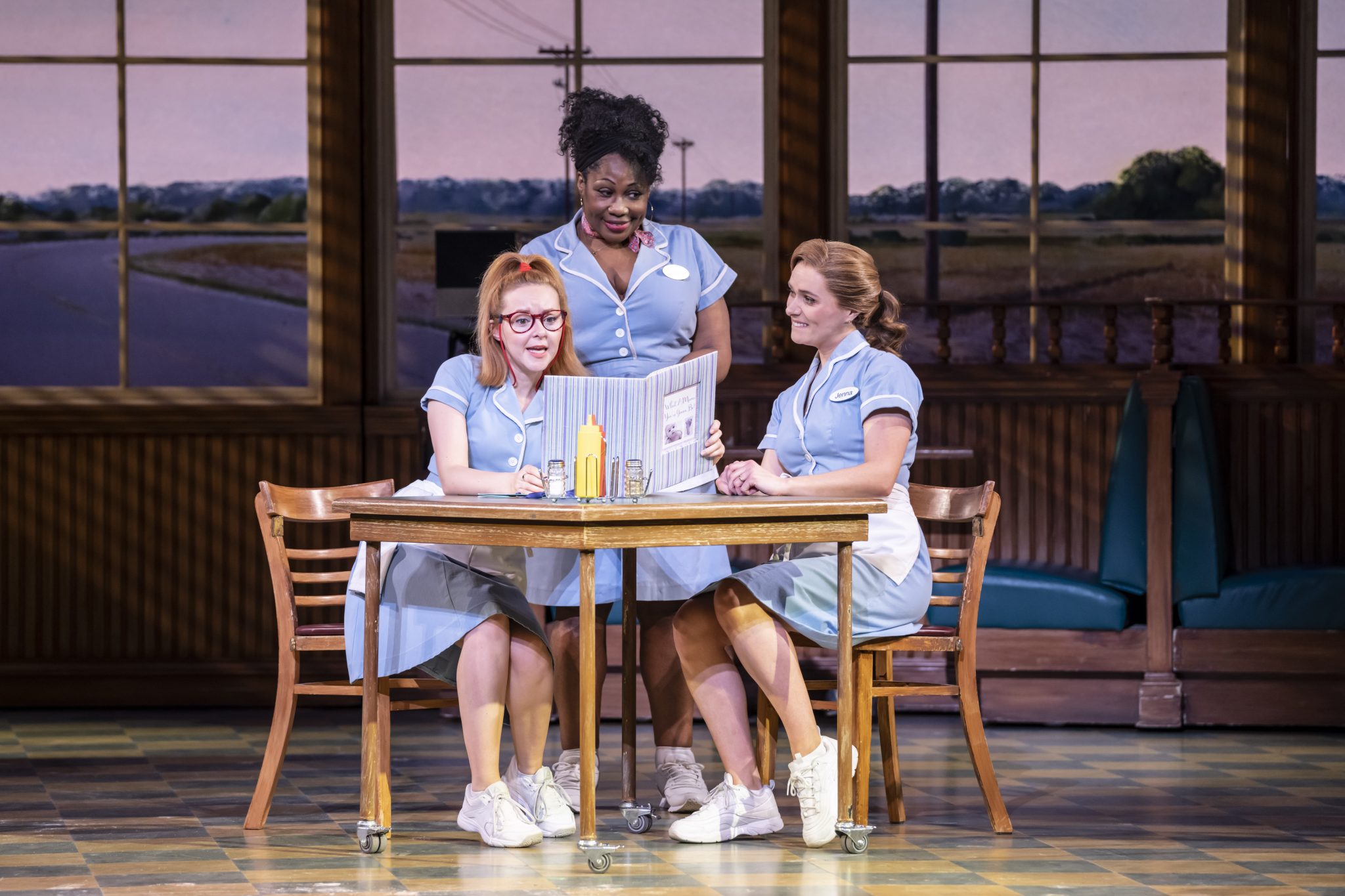 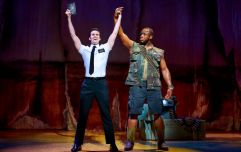 END_OF_DOCUMENT_TOKEN_TO_BE_REPLACED

Heading to Dublin from June 7th to 18th, the cast are more than excited to be here for a long time and really get a chance to explore what the city has to offer.

Chelsea said: "Well, every person I've ever met from Dublin has always been absolutely wonderful. So I feel like I'm excited to be around people from Dublin and I've never been before, I've just heard such brilliant things and that's such a fun city. We don't get loads of time to explore the cities but because we're there for two weeks, I'm going to really make the most of it as much as I can.

"This is so cliche. I'd love to go to the Guinness factory, but obviously, I can't do that on a show day, so maybe I'll go on the day off."

Evelyn added: "I'm so excited. It's definitely one of the like venues that I've been looking forward to. I've heard so much about it."

Wendy chimed in immediately asking for recommendations, assuring us they were down for a good time.

Asking each of the leads to describe the show in three words was a difficult task but not impossible.

While together, Evelyn and Wendy came up with theirs, saying: "Joyous, life-affirming and colourful."

popular
Irish girls name was the most used Irish name in the United States last year
6-year-old boy dies in Co. Antrim accident
Brian Laundrie admitted he "ended" Gabby Petito's life in notebook confession
Ikenna called out by Laura Whitmore after calling Love Island experience a "holiday"
Met Éireann issues Status Yellow rain warnings for five counties
Vicky Phelan "holding her own" as she shares health update
Love Island fans want Ekin-Su's family to get a reality show following Aftersun appearance
You may also like
2 months ago
Interview: We talk to the stars of The Curious Incident of the Dog in the Night Time
3 months ago
Timeless classic My Fair Lady comes to the Bord Gáis Energy Theatre
4 months ago
Bord Gáis Energy Theatre cancels performances by Russian ballet company over the invasion of Ukraine
2 years ago
A Whitney Houston hologram concert is coming to Ireland
2 years ago
Les Misérables: the musical is returning to Dublin next year
2 years ago
Let's go see the stars! WIN a trip to the theatre, a hotel stay PLUS arrival drinks
Next Page