The Chase accused of 'fix' as Beast answers £30,000 question 'after time runs out'

The Chase has been accused of being fixed by angry viewers after a close call on last night's episode.

There was outrage on social media when chaser Mark 'The Beast' Labbett appeared to answer a question after his two-minutes ran out, denying contestants on the show a £30,000 prize pot.

With time running out, Labbett answered "Switzerland" to the question "Watchmaker Longines was founded in which country?"

Host Bradley Walsh replied: "Yes! Just in time. Switzerland. A split second, caught. I tell you what guys, it doesn’t get any closer than that."

The Beast then told the team they "deserved" to win.

""You didn’t deserve to lose, I'm really sorry guys. You were superb." 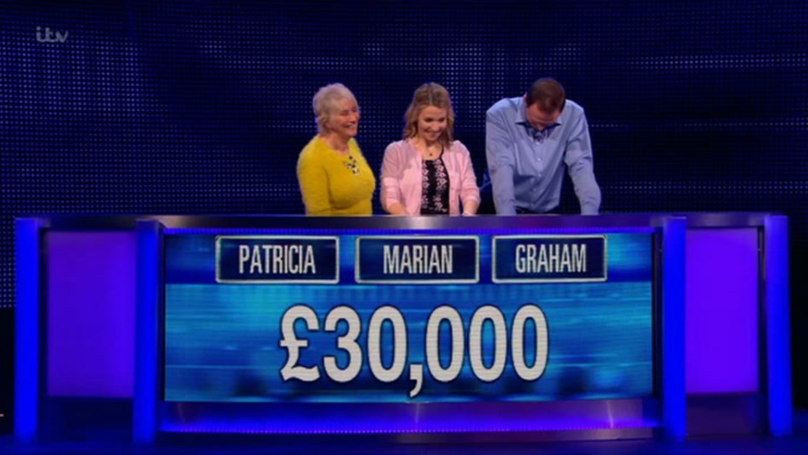 Viewers were quick to go in on the show for denying the contestants the money.

A third said: "#TheChase is a fix!!! The countdown was over but apparently he got the answer on time! If it was the other way around the guests wouldn’t have been in time. #ITV sort it out."

Watch the final moment and judge for yourself here:

Just watching #thechase I think that’s a bit unfair - I don’t think he was in time! pic.twitter.com/vKXasMuV8f

This isn't the first time the show has been accused of being 'fixed' against contestants but Labbett thinks viewers simply get carried away with the suspense of the game show.

Speaking to the Daily Express, Labbett previously said: "I have never thrown a question, let alone a show and would happily be strapped up to one of Jeremy Kyle’s lie detectors.

"Social media is great for people’s immediate gut reactions but not for a more considered opinion. My guess is that people get caught up in the excitement of the final chase and it boils over."

popular
People are freaking out thinking that their star signs have changed
QUIZ: Can you guess the TV series from the intro lyrics?
Irish short film 'How To Fall In Love In A Pandemic' long-listed for Oscars 2021
The trailer for The Deceived has dropped, the new thriller starring Paul Mescal
These €40 Lost Stock fashion boxes are helping support factory workers in Bangladesh
YouTuber Hannah Witton on ulcerative colitis, stoma bags, and speaking out
5 absolute essentials for when you're having the gals over for a summer evening soirée
You may also like
1 day ago
Grant Imahara, co-host of Mythbusters, has died aged 49
1 day ago
QUIZ: Can you guess the TV series from the intro lyrics?
1 week ago
CONFIRMED: Ozark to return for an expanded fourth and final season
2 weeks ago
QUIZ: How well do you remember the very first episode of The O.C.?
2 weeks ago
Leo Varadkar defends use of Mean Girls quote in Covid-19 speech
1 month ago
Carole Baskin handed control of Joe Exotic’s zoo in Oklahoma following court case
Next Page