Excited is probably the understatement of the century.

Where were you when you fell in love with Liam Charles from last year's series of the Great British Bake Off?

Were you sitting comfortably in your chair at home while you watched him bake a stunning concoction of flavours and aromas from around the world? END_OF_DOCUMENT_TOKEN_TO_BE_REPLACED

Maybe you were streaming the show on your iPad and were completely taken with Liam's boyish charm and quick wit?

Or perhaps you simply saw Liam's press shot for the show last year and were like, yes, he seems like a nice boy.

And you would have been very correct, indeed. 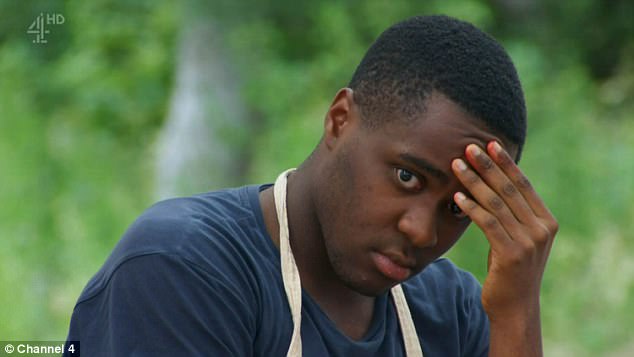 Liam stole all of our hearts on the Bake Off - so much so that we almost collectively, as a nation, decided to stop watching once he was unceremoniously booted off so close to the end.

Now though, Liam's got a new gig as co-host of a Channel 4 Bake Off spin-off and we are literally gagging for it.

Liam took to Twitter earlier today to announce the news himself.

Bake Off: The Professionals will take all of the iconic features of regular Bake Off but instead, make professional bakers compete instead of amateurs.

We don't know all that much about the show just yet other than Liam's the co-host, comedian Tom Allen is the other co-host, and the professional's creations will be judged by pastry chefs Cherish Finden and Benoit Blin.

Channel 4 purchased the rights to the baking show in 2016.