Jenny Beavan is a renowned Hollywood costume designer whose work on films like The King's Speech,  Sense and Sensibility and A Room With A View among others has garnered her two Academy Awards.

She won her second Oscar last night for her work on the big winner of the night, Mad Max:Fury Road, and some people reacted very oddly as she headed to the stage to accept her award.

END_OF_DOCUMENT_TOKEN_TO_BE_REPLACED

Beavan wasn't wearing a gown, instead choosing to sport a leather jacket and trousers and it looks like some people just COULD NOT handle it. Bless them.

According to The Wrap, her explanation was pretty great:

"I really don’t do frocks, and I absolutely don’t do heels. I simply can’t wear them. I’ve got a bad back,” she told the media in the backstage press room at the Oscars. “I look ridiculous in a beautiful gown, and this was an homage to ‘Mad Max.'”

Here she is with fellow Goddess, Cate Blanchett in the press room after the ceremony. 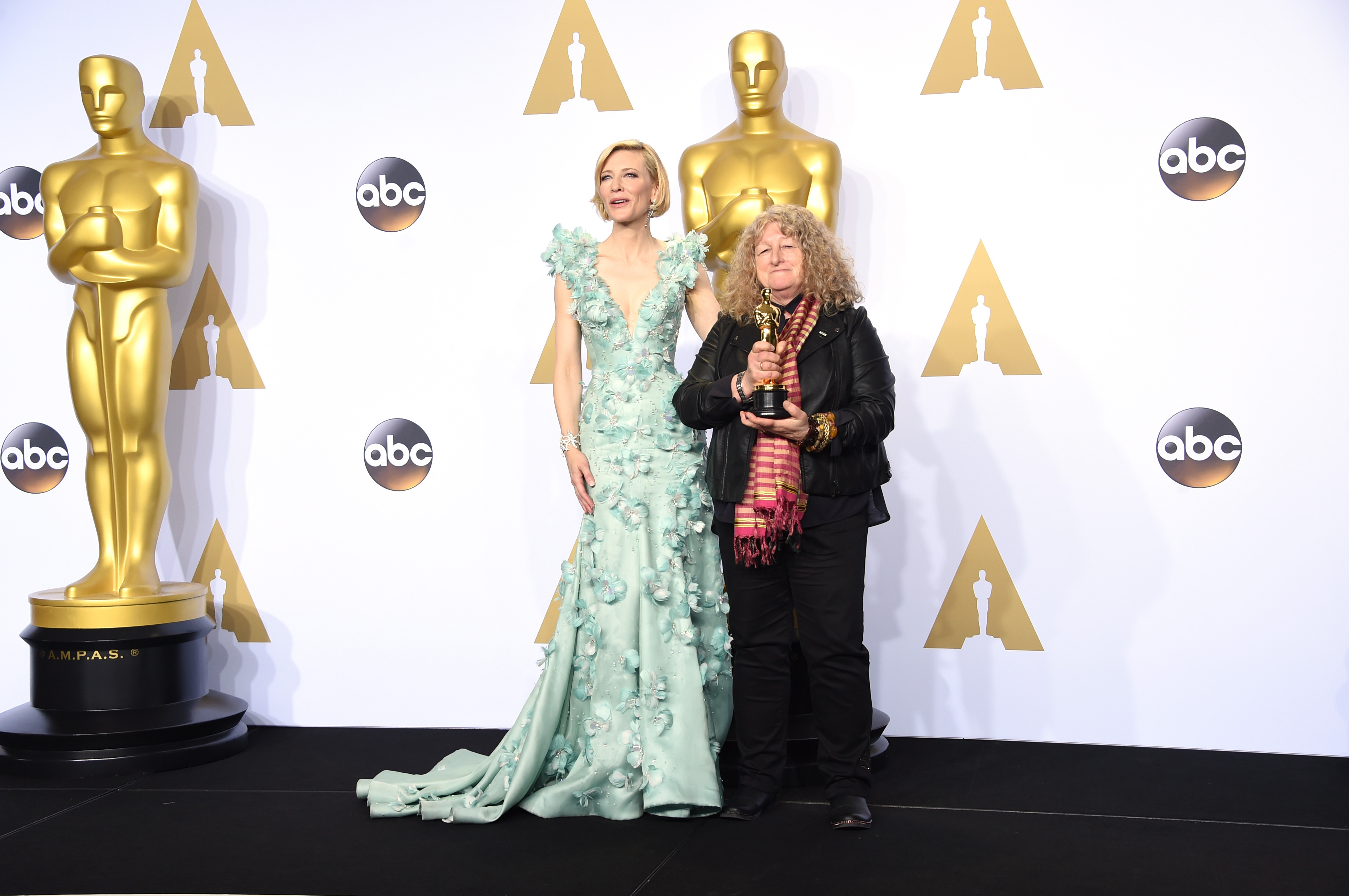 popular
Dami explains why he was "angry" during the Love Island reunion
Emmerdale actor Sam Gannon dies aged 31
Why Are Men so Obsessed With Boobs? The Answer is Pretty Surprising...
Woman (20s) stabbed fives times in attack in Co. Kerry
John Travolta pays moving tribute to Olivia Newton-John
Jacques O'Neill addresses Paige and Adam's relationship on Instagram
Barry Keoghan announces the name of his baby boy
You may also like
1 week ago
WATCH: Will Smith finally addresses the infamous Chris Rock Oscars slap
3 months ago
Liam Payne finally explains weird accent during hilarious Oscars interview
3 months ago
Will Smith's Oscar ban: Who else has been banned from the Academy Awards?
4 months ago
Hailey Bieber: "I'm not pregnant, leave me alone"
4 months ago
WATCH: New camera angle shows Jada Pinkett Smith's reaction following Oscars slap moment
4 months ago
Kourtney Kardashian sparked pregnancy rumours at the Oscars - but maybe it's time we stop with the speculating
Next Page