There was a sad start to the week with the announcement that Jerry Stiller had passed away.

The 92-year-old was a celebrated comedian and actor, who was best known for his recurring roles in Seinfeld and King of Queens.

He also appeared alongside his son, Ben Stiller, in the Zoolander movies. Jerry played Maury Ballstein, the pushy manager of the spectacularly dumb supermodel Derek.

As well as playing the title character, the younger Stiller also wrote and directed the movies, and his then wife Christine Taylor played love interest Mathilda. And his older sister, Amy, also has a bit-part in Zoolander.

Quite the family affair, which is unsurprising when you factor in that Ben and Amy's mum Anne Meara was also a Golden Globe-winning actress. She and Jerry met in the Compass Players comedy troupe (which later became Second City) and performed together as Stiller & Meara. Their comedy schtick was that of an odd couple from Jewish and Irish backgrounds. They were married in 1954 and together until Anne sadly passed away in 2015.

Jerry had a prolific movie career, with many cameos and voice acting credits in particular on his resume. If you're casting about for something to watch tonight, why not seek out one of these... 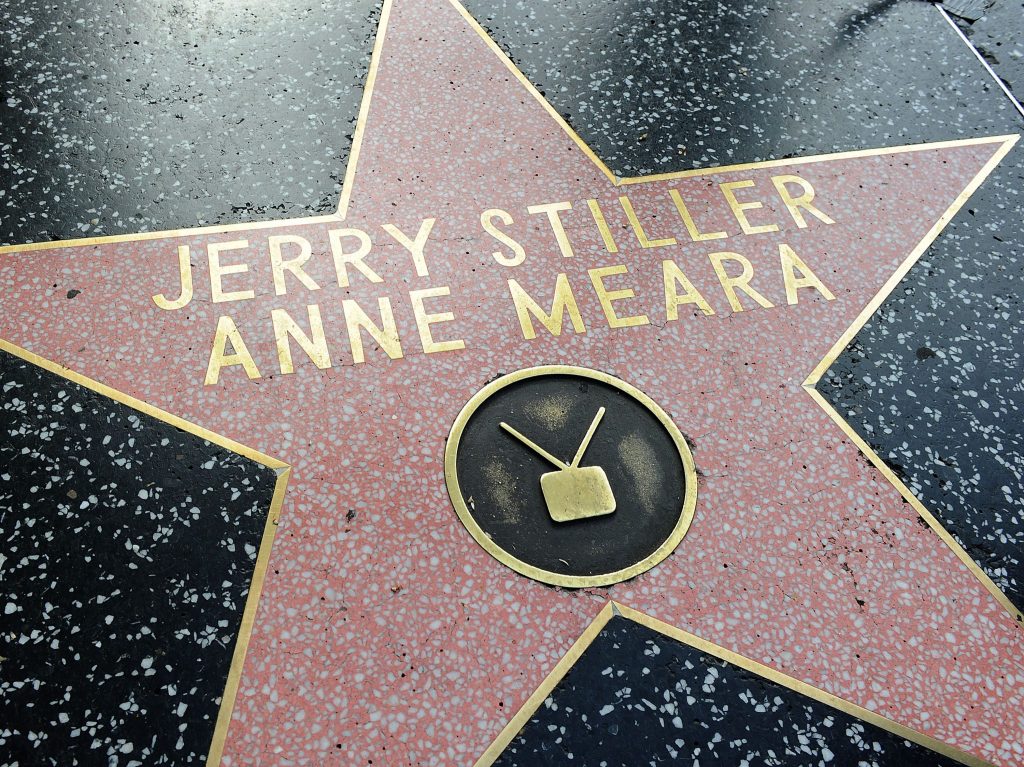 My own favourite of Jerry Stiller's roles is in the 2007 movie version of musical Hairspray (the Zac Efron one) where he played Mr Pinky – owner of the the 'Hefty Hideaway' store.

I didn't know until recently that Jerry had also appeared in the 1988 version of the same story (the Ricki Lake one) directed by John Hughes. In that Hairspray, he played Tracy's dad Wilbur.

A Farrelly brothers comedy in which a newlywed, played by Ben Stiller, discovers on his honeymoon that the woman of his dreams is not all she's cracked up to be.

It's on Netflix at the moment, and you can watch out for Jerry as Doc.

This critically-acclaimed short features Jerry as a widowed pensioner who has just moved in with his son and daughter-in-law (played by real life daughter Amy). When he tries to start his day with a coffee and a newspaper, it begins a battle with modern technology that leads him across town.

There's also a cameo from Anne Meara to look out for.

popular
Temperatures to reach 27 degrees today, but the good weather won't last for long
Body found in search for missing five-year-old boy in Co. Mayo
Blackout Tuesday: Here's why Instagram users are sharing black squares today
PERSONALITY QUIZ: Which Normal People character are you?
5 ways you can help the George Floyd protesters and Black Lives Matter movement
#Covid-19: Dublin Zoo reopens today with new safety measures in place
From Miami to Mallow: The Irish Instagram star who's renovating an old post office during lockdown
You may also like
1 week ago
Netflix's Sweet Magnolias is the perfect series to bingewatch this weekend
1 week ago
QUIZ: How well do you remember Angus, Thongs and Perfect Snogging (the movie)
1 week ago
The creator of Big Little Lies is teaming up with Netflix for a gripping new thriller
1 week ago
Here is everything that is going to be coming to Netflix in June
1 week ago
ATTENTION: Angus, Thongs, and Perfect Snogging is dropping onto Netflix next month
2 weeks ago
The Big Flower Fight: The wholesome landscaping content we deserve during lockdown
Next Page