Well, not their real anniversary but the anniversary of their engagement - a significant milestone for the couple.

Prince William and Kate Middleton announced that they were getting married on this day in 2010 and after looking around online we've unearthed their engagement interview.

The couple sat down with ITV's Tom Bradby, with whom William is close, on the day they made the news public to chat about how it all came about.

END_OF_DOCUMENT_TOKEN_TO_BE_REPLACED

They revealed that William got down on one knee with his mother Diana's engagement ring while they were on holiday in Kenya a few weeks beforehand, but that they'd been discussing marriage for quite a while.

They also revealed that it was far from love at first sight for them, with Kate admitting that she went "bright red" when they were first introduced.

They were friends for about a year and bonded over their sense of humour before getting together, William explained. 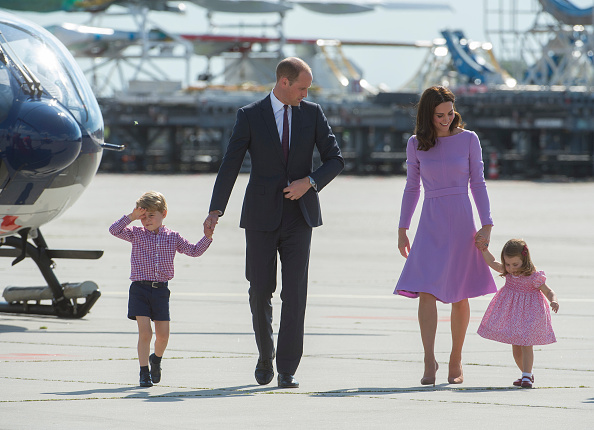 END_OF_DOCUMENT_TOKEN_TO_BE_REPLACED

Adorably, the pair skirted over the question of having kids, with William saying they'd take things "one step at a time" but that they did want a family down the line.

We're so used to seeing Kate and Wills as #parentgoals that it's lovely to watch them as two young lovebirds. Bless.

popular
Vogue Williams slams man who refused to swap seats with her on plane
This is the exact date the weather will get warm again
New Zealand family find two bodies in second hand suitcases
Mum charged with murder after allegedly leaving baby in hot car
Crown Paints advert receives 200 complaints over 'misogyny' and 'everyday sexism'
Tasha Ghouri shuts down "ableist" comments of how she acts as a deaf woman
Are we getting a mini heatwave in September?
You may also like
2 weeks ago
Leona Lewis and Dennis Jauch welcome baby girl
3 weeks ago
George Clooney is planning an Irish holiday this year
1 month ago
Selling Sunset's Heather Rae El Moussa expecting baby
2 months ago
Australian newspaper issues apology but denies forcing Rebel Wilson to come out
2 months ago
Rebel Wilson comes out and introduces her 'Disney Princess' partner
2 months ago
Britney Spears and Sam Asghari tie the knot in LA
Next Page