Top 9 moments from the Toy Show we're still talking about

The Toy Show is all anyone has been talking about since it aired on Friday night and with a week (and two years) of bad news, it's honestly just what we needed.

Taking our minds off our worries, the Toy Show did just that with the Lion King themed show, from a Harry Styles cover to Ryan putting his hand into a fake ostrich's bum, it was just as wild and wacky as ever.

And while "alleged adult" Ryan Tubridy did a fantastic job, as always it was the kids who stole the show and we've got some of the highlights if you need a reminder of just how great they were. 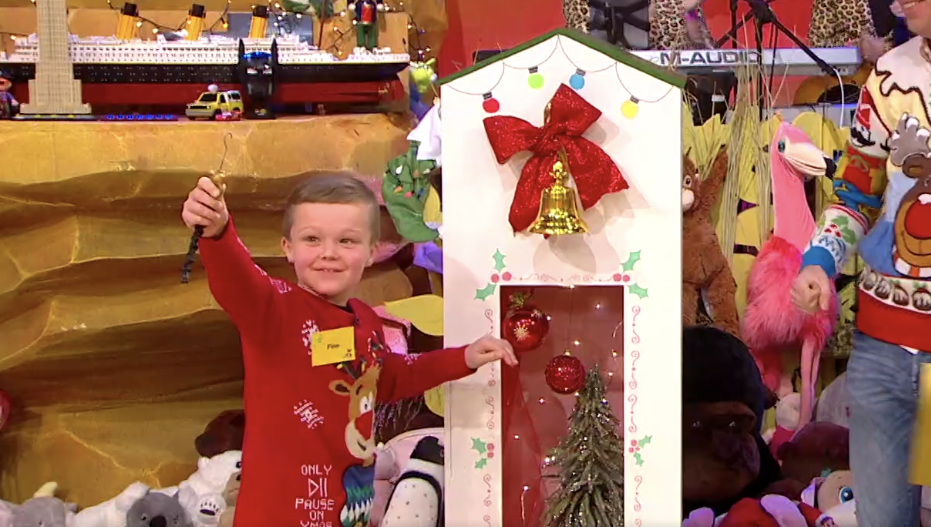 Finn showed off his Lego collection and spoke about how it got him through his cancer treatment, breaking our hearts when he said that his mum would help him put the pieces together when he was very poorly. 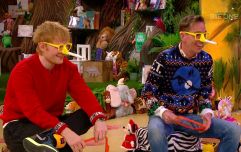 END_OF_DOCUMENT_TOKEN_TO_BE_REPLACED

Bravely telling Ryan and the viewers his story, Finn explained that when you've finished cancer treatment, you get to ring a bell to tell the ward you're "done with cancer."

Ryan brought out a bell for him to ring and have the world show their support, but all didn't go as smoothly as when Finn took to the bell, he was so excited and rang it so hard that he broke it, only making the situation more memorable. 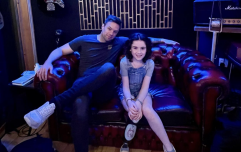 END_OF_DOCUMENT_TOKEN_TO_BE_REPLACED

Ireland's hero and national treasure was the first celebrity appearance of the night, surprising "bestos" Poppy and Darcy who couldn't handle meeting their idol.

Kellie not only played games with the pair and joked around with them, she promised to come to their school to teach a boxing lesson.

Giving advice to other children around Ireland, Kellie added: "Just be yourself and surround yourself with all your friends, and be very positive."

Calum and his little brother Jackson 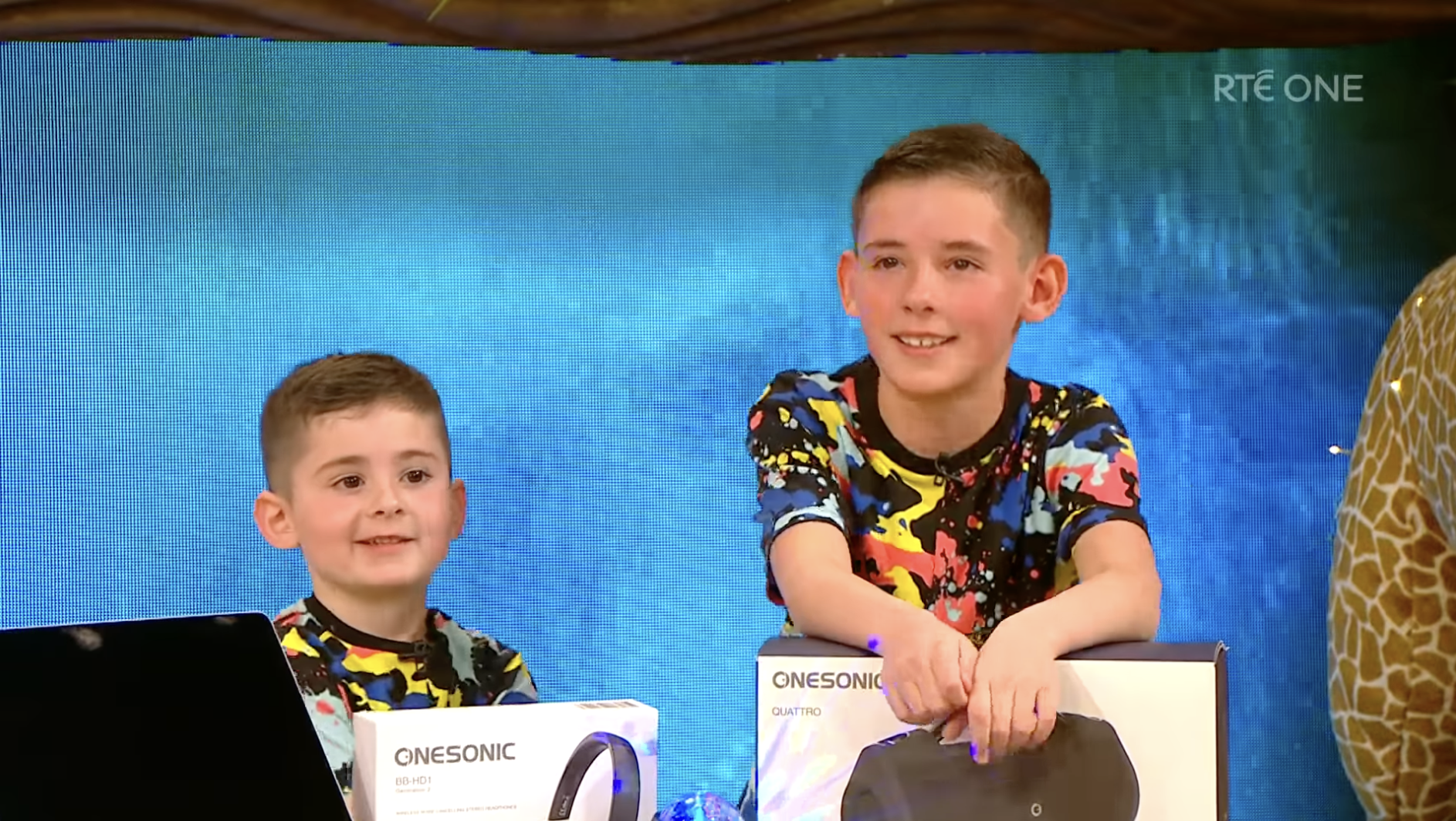 Calum was in control of spinning the decks while his brother Jackson's job was to get the audience pumped, and he certainly did a great job doing it.

Joined on the show by other children in colourful costumes, the performance was one of the most memorable, but it only got better when the pair returned for the parade or bikes, go-karts and everything in between.

Of course, we all remember Calum's face as one kid belted out Ave Maria in Italian, to say he was well impressed would be an understatement.

Five-year-old Róisín stole hearts as she did a rapid-fire question round on types of dinosaurs as Ryan held up toys as she quickly and correctly named every single one of them.

Pushing out her dinosaur toys in a pram, she then went on to have a tea party with Ryan wearing dinosaur gloves, picking up a small cake with no bother to her.

A fashionista in the making, Abigale was all things glitz and glamour, demanding Ryan take off his fur jacket, telling him: "Why did you take my style?"

Ditching the coat, Ryan asked the Galway girl what she thought of Dublin, which she, very unimpressed, said: "I cannot handle the traffic! How do people live in Dublin!"

With a rapper name inspired by a cure for hiccups, saying "blunts" on air without knowing what it meant and giving us his own rendition of Eminem's Lose Yourself, what is there not to love about this chap.

Its not everyday you get to sing with Ed Sheeran 🤩#LateLateToyShow pic.twitter.com/Aqa7NyS6dH

Of course, now that we can travel again, there was guaranteed to be a big celebrity involved and who better than Ed Sheeran to perform with the Toy Show Appeal Choir.

Performing his song Leave Your life, Ed was joined by a talented group of singers and offered them each tickets to see any of his Irish tour dates with their families.

Joining Ryan later, he played games and joked around with Jamie and Coben, definitely leaving a lasting memory. 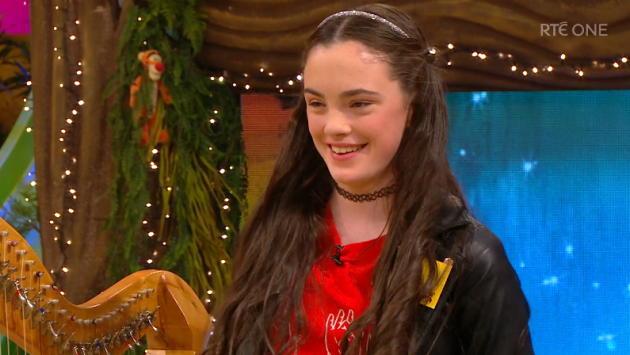 Úna blew us all away with her rendition of A Million Dreams from The Greatest Showman, done completely on the harp.

After being diagnosed as hard of hearing, she told the funny story of lying during a hearing test in senior infants as she got all the right answers by lip-reading the testers, so they didn’t think there was anything wrong. 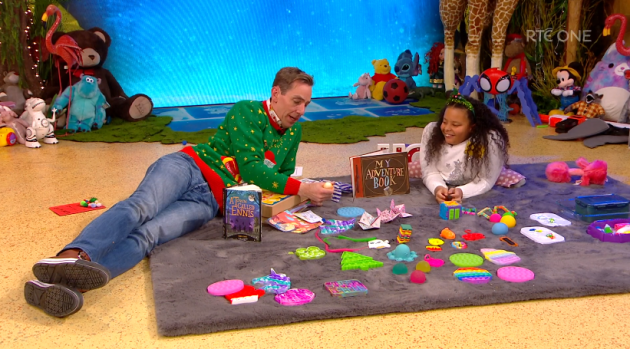 Isabella was a breath of fresh air when she appeared on, showing us all her anti-stress toys and it was just what we all need this Christmas.

Telling Ryan how much she wanted to go to Paris, it wasn't long before he told her that herself, her brother AJ, her parents and her auntie Mairéad are all headed to Paris and Disneyland thanks to Aer Lingus, and we've never seen a child so excited.

popular
Irish girls name was the most used Irish name in the United States last year
Viewers call out Love Island girls after they exclude Danica and Indiyah
Ofcom receives 75 complaints over Jacques' treatment of Ekin-Su
Love Island: Danica sets her sights on Andrew as Luca asks Jacques about his relationship with Gemma
Love Island fans in stitches after spotting two Damis in one scene
Prince William shouts at photographer who was "stalking" his family
Michelle Heaton shares candid shots to celebrate milestone in sobriety journey
You may also like
6 days ago
Ryan Tubridy has heartwarming reunion with Toy Show star Saoirse Ruane
1 month ago
Saoírse Ruane's family "so grateful" after surgery goes as planned
1 month ago
Saoírse Ruane's mum says daughter faces "fight of her life" ahead of surgery
1 month ago
Toy Show star Saoirse's family reveal her cancer has come back
6 months ago
Ryan Tubridy hints this year might be his last Toy Show
7 months ago
This year's Late Late Toy Show has broken Irish TV records
Next Page