Realtors Bre Tiesi and Nicole Young will be featured on the hugely popular reality series, which follows the Oppenheim Group, a brokerage based in LA.

END_OF_DOCUMENT_TOKEN_TO_BE_REPLACED

Nicole Young confirmed news of her casting by sharing a screenshot of a People Magazine article on her Instagram profile.

In the caption, she wrote: "The cat's out of the bag y'all! I'm so excited to be joining the cast and my longtime friends and @theoppenheimgroup coworkers on Selling Sunset!!! Let's do this!"

END_OF_DOCUMENT_TOKEN_TO_BE_REPLACED

In her interview with People, she spoke about how she was meant to be part of the original lineup for the show, but got "cold feet", as she felt she wasn't ready.

She said: "I just wasn't ready to expose my entire life, and even more so, my clients and business — which I'm very protective of — to the entire world."

Fans may recognise the other newcomer, Bre Tiesi, as the mother of Nick Cannon's child Legendary Love. She told People that she felt the time was right to join the cast as she wanted to transition out of her modelling career and into a different line of work. 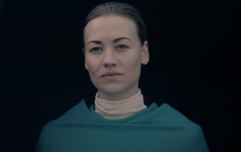 WATCH: The trailer for The Handmaid's Tale season 5 is here

END_OF_DOCUMENT_TOKEN_TO_BE_REPLACED

"I wanted to transition out of modeling and start setting myself up for a long-term career," she said. "I started taking it more seriously and tapping into my network, and that's when I started making some high-figure sales. As amazing as modeling was as an industry for me, I was just kind of over it. You know, I'm 31 now. So I'm like, it's time to be a big girl!"

In the last season of Selling Sunset, fans were privy to a major cliffhanger as it seemed Christine Quinn's place at the group was in jeopardy. Since then, however, Christine has confirmed that she has left the brokerage and branched out on her own.

popular
Tasha's dad responds to Jacques' Instagram video
Everything we know about the Love Island reunion
These baby names are set to be popular in 2030 (so maybe get in there now!)
Lauren Goodger assaulted and taken to hospital after baby girl's funeral
Are You The One? UK's Thérèse Mullaghan opens up on the reason she went on the show
Barry Keoghan and girlfriend Alyson welcome their first child together
The man who voiced Pingu is NOT what we expected
You may also like
1 month ago
Hang on, is Boris Johnson entering the Love Island villa tonight?
1 month ago
NOW announces large price reduction to its monthly membership
1 month ago
Netflix CEO confirms adverts are coming to the service
1 month ago
Netflix looking for participants for Squid Game reality series
1 month ago
Here's why Gemma and Luca have a fight on tonight's Love Island
2 months ago
One boy will be left single as Davide makes his decision on tonight's Love Island
Next Page