The ballsy blonde was evicted from the show on Tuesday evening, but reports suggest she isn't going far.

According to the Daily Star, Channel 5 execs were so impressed with the former TOWIE star that they have offered her £1m to front her own reality show.

END_OF_DOCUMENT_TOKEN_TO_BE_REPLACED

A source told the paper that the station considered her the "standout" housemate of the series.

"Everyone has an opinion on her.

"She isn’t the most popular but she’s the most entertaining. 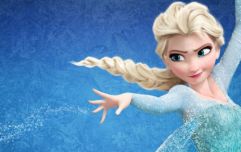 END_OF_DOCUMENT_TOKEN_TO_BE_REPLACED

"Gemma’s years on TOWIE mean she knows how to play up to the camera and make great TV."

Meanwhile, celebrity agent Barry Thomas is convinced that Collins will make "a lot of money, definitely" following on from her CBB stint.

He added: "There’s a big market for British reality stars in America and Canada so Gemma could even go global."

Looks like Gemma agrees that La-La-land beckons, and reveals that she plans on hanging out with the Kardashians in the states now that they have mutual mate Jonathan Cheban. 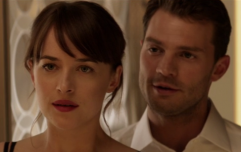 END_OF_DOCUMENT_TOKEN_TO_BE_REPLACED

Speaking at her eviction, she revealed: "He has invited me over there for a month and he has invited me to meet the Kardashians, so yeah I’m very much looking forward to that trip – bring it on baby."

popular
Celine Dion, 54, diagnosed with incurable neurological disease
Fans are feeling seriously sorry for Molly Mae Hague after resurfaced interview
Here are our top picks from this week's Lidl Toy Event
He may be a politician, but Leo Varadkar's personal life is none of our business
Maura Higgins claims she was left by designer who went to style someone else at an award show
HSE advises children with sore throat, cough and fever should stay at home
Tom Parker's wife suffers more heartbreak just nine months after husband's death
You may also like
6 years ago
Britney Spears has come under serious fire for reportedly miming in Carpool Karaoke
6 years ago
Remember Viktor Krum from Harry Potter? He's unrecognisable these days
6 years ago
Ariel Winter hits back at Instagram body shamers
6 years ago
We've added sarcastic subtitles to popular movies and the results are gas
6 years ago
Former presenter of Art Attack has had a COMPLETE change of career
6 years ago
PIC: First look at Melissa McCarthy back as Sookie in Gilmore Girls
Next Page