If you have not spent the weekend binge-watching season 4 of Virgin River like the rest of us, look away now!

The fourth instalment of the popular Netflix drama dropped late last week, and fans had been waiting a year to find out what the heck happened to Preacher, who is the father of Mel's baby, what is happening with Brie and Brady – and everyone else in the charming, rural north California town.

END_OF_DOCUMENT_TOKEN_TO_BE_REPLACED

However, what we had not expected was the bombshell Charmaine will drop on Jack in the final episode of season 4 – that he isn't the father of the twins, and she’s known all along.

So, who is the dad? And why has she been pretending it's Jack all this time?

While there are multiple theories floating around, there’s evidence that points to that it could, in fact, be Mike. 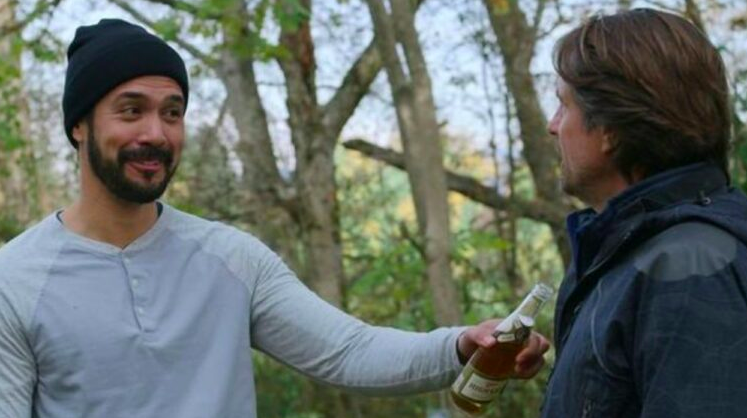 END_OF_DOCUMENT_TOKEN_TO_BE_REPLACED

Cast your mind back to the very first season of Virgin River, when Charmaine tells Jack that she’s pregnant with his babies.

As you remember, the on-again-off-again couple were never all that committed, and as they are no longer together, Jack was very taken aback when Charmaine breaks the news to him – especially as he was already at that point starting to fall in love with newbie-in-town, Mel.

However, as shocked as Jack was, when he relays the information to Mike, he is equally stunned.

At the time, this didn’t really seem like a big deal. But now, can we all admit it seems a little suspicious? Could it be that perhaps Mike’s over-the-top reaction has nothing to do with Jack and everything to do with a secret affair he had with Charmaine?

END_OF_DOCUMENT_TOKEN_TO_BE_REPLACED

Mike is, of course, a former Marine (like Jack), who now works as an investigator in Virgin River. His main job at present is to investigate Calvin, the small town’s drug lord. In the aftermath of Jack being shot at the end of season 2, Mike becomes the lead investigator in this case, and wrongly thinks Brady is responsible.

However, as fans will see in season 4, the investigator – who many fans seem to think is a little bit shady – teams up with Brie (Jack's sister and Brady's girlfriend) to try to prove Brady had nothing to do with Jack's shooting, but was, in fact, set up to take the blame for the crime.

So much drama for one little town!

Did you watch season 4 yet? What do you think?

popular
Fans unimpressed with the Love Island reunion
Weather advisory issued as temperatures in Ireland set to soar again
Lauren Goodger assaulted and taken to hospital after baby girl's funeral
Tasha's dad responds to Jacques' Instagram video
Everything we know about the Love Island reunion
Are You The One? UK's Thérèse Mullaghan opens up on the reason she went on the show
Love Island's Adam responds to claims him and Paige have split up
You may also like
1 week ago
There's massive flaws in the Virgin River timeline – and we can't unsee them
1 week ago
Group of screaming, crying islanders set to enter Love Island tonight
2 weeks ago
Multiple islanders are set to leave the villa tonight
2 weeks ago
Love Island producers to launch middle-aged spin-off for Mums and Dads looking for romance
2 weeks ago
The new bombshells go dating tonight, and some couples may be in trouble
1 week ago
Documentary about young Dublin stowaways who went to New York airing on TV next week
Next Page