An icon, through and through.

Jennifer Aniston has been killing it a fair amount lately.

She's been bagging awards for her performance on The Morning Show. She's been hanging out with ex Brad Pitt. 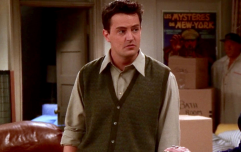 END_OF_DOCUMENT_TOKEN_TO_BE_REPLACED

She's also been whipping up a frenzy about a potential Friends reunion, which is apparently in the works, but also nothing has been confirmed, so honestly who knows at this point.

Irrespective of this, the obsession around Friends continues on.

So much, so that hundreds of people per day are still visiting the Friends set to have a swell time hanging out in Central Perk, checking our Monica's apartment, and being there for you, etc. 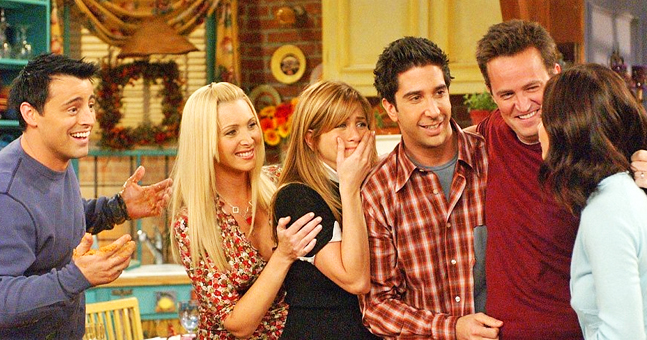 And although we're fairly certain that attending the Friends set is entertaining enough on its own, it would be even more entertaining if one of the actual stars of the show was there too, surely.

So, the former Rachel Green actor decided to do some Friends fans a solid recently and literally surprise them on the set one day. 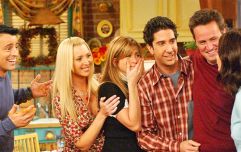 END_OF_DOCUMENT_TOKEN_TO_BE_REPLACED

While standing in for Ellen DeGeneres on The Ellen Show this week, Aniston hit up Central Perk and scared a few fans while they revealed their favourite characters from the show.

Unsurprisingly, the ones who said Ross got the biggest shock.

You can check out the full clip below:

Girls With Goals || Her · Ep.160: The Beauty Of Coaching - Hayley Harrison joins us from Sport Ireland
popular
M&S just launched the designer collaboration of dreams – with the ONE dress everyone needs
Starbucks has a bubblegum-flavoured frappuccino on their menu – but you need to hurry
TV host makes baffling remark about Meghan Markle's 'reaction' to royal family photo
Kate Middleton has addressed the rumours that she's pregnant with her fourth child
Jennifer Aniston is reportedly pregnant with her first baby
Why Prince Harry and William aren't walking together at Prince Philip's funeral
Why Are Men so Obsessed With Boobs? The Answer is Pretty Surprising...
You may also like
4 days ago
Jennifer Aniston says baby news at Friends reunion "never happened"
2 months ago
QUIZ: Match the Friends quote with the character who said it
2 months ago
QUIZ: How well do you really remember the first episode of Friends?
3 months ago
Matthew Perry's dad was a character on Friends and how did we not notice?
3 months ago
Ross was never meant to say Rachel's name at the altar, Friends writer reveals
5 months ago
Friends reunion special set to film in March, Matthew Perry confirms
Next Page