WATCH: Steven Spielberg's trailer for the remake of West Side Story looks sensational

Musical theatre helps everything, am I right?

Steven Spielberg has been quietly working away over the last few years on a remake of one of cinema's classic musicals; West Side Story. We're finally getting a glimpse at what we can expect and if the trailer is anything to go by, the remake of the 1961 hit musical is promising to be an extravagant affair.

Let's be honest, it's a tough act to follow and we're all still a little shook by the remake of Cats *shudders*, but have no fear, with the line up of talent attached to the movie and Spielberg at the helm we're sure this revamp won't disappoint. 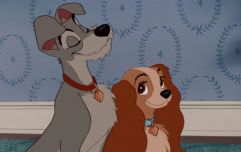 END_OF_DOCUMENT_TOKEN_TO_BE_REPLACED

The original movie was based on the Broadway show of the same name, which itself was a modern retelling of Shakespeare's Romeo and Juliet. West Side Story, in true star-crossed lover style, follows the lives of Maria and Tony as they navigate the politics of their love amidst the backdrop of their respective gang rivalries.

The trailer aired during the Academy Awards on Sunday night and you can check it out in full below:

If the trailer is anything to go by it looks like Spielberg won't be straying too far from the original, we get a glimpse into some of the more famous dance numbers including 'Tonight' and 'Dance at the Gym', both of which could almost mirror the original if you look at theatricality and sheer colour on the screen. END_OF_DOCUMENT_TOKEN_TO_BE_REPLACED

Also some good news for fans of the original; Rita Morena, who won an Oscar for her role as Anita in the original movie is set to make a comeback in a supporting role.

The adaptation is due out on December 10, 2021, and will see Ansel Elgort take on the role of Tony with Rachel Zegler in the role of Maria.

Girls With Goals || Her · Ep.160: The Beauty Of Coaching - Hayley Harrison joins us from Sport Ireland
popular
The countdown is on! 10 things we'll be racing to Penneys for when they open
Someone has ranked the penis size of men from all over the world
Here's what happens on every day of your menstrual cycle (roughly)
Why Are Men so Obsessed With Boobs? The Answer is Pretty Surprising...
James Franco Has Opened Up About His Relationship With Lana Del Rey
Love is dead... Shakira and her husband Gerard have reportedly split
More footage of Tristan Thompson cheating on Khloe has emerged
You may also like
2 years ago
'Clueless' is getting remade and all of our 90s dreams have just come true
2 years ago
Looks like there's a live-action remake of Lilo & Stitch on the way
2 years ago
Get excited - we finally have a pic of Kim Possible in the new live-action remake!
3 years ago
A remake of one of our favourite movies of the '00s is in the works
3 years ago
A new trailer for the Jumanji reboot is here and we are excited
3 years ago
A Misfits remake has been given the green light... but fans aren't sure
Next Page