The film tells the story of South Korea's Nth Room case - a massive online sexual abuse scandal in which at least 74 young women, including minors, were coerced into recording extremely explicit sexual acts to be sold for profit.

END_OF_DOCUMENT_TOKEN_TO_BE_REPLACED

From 2018-2020, a user by the screen name 'Baksa' would lure young women in by offering them large payments for photos of their bodies.

After getting their personal information, he would then blackmail them into performing increasingly grotesque sex acts, before sharing the images or videos in his 'Nth' chat rooms.

END_OF_DOCUMENT_TOKEN_TO_BE_REPLACED

Even more disturbing was the sheer number of men involved - approximately 25,000 users across 30 chat rooms.

"This is not one person's act. The people in that chat room did it together," a narrator can be heard saying in the trailer.

The ringleader known as Baksa was later revealed to be a 26-year-old man named Cho Ju-bin and he was sentenced to 40 years in prison for his crimes. 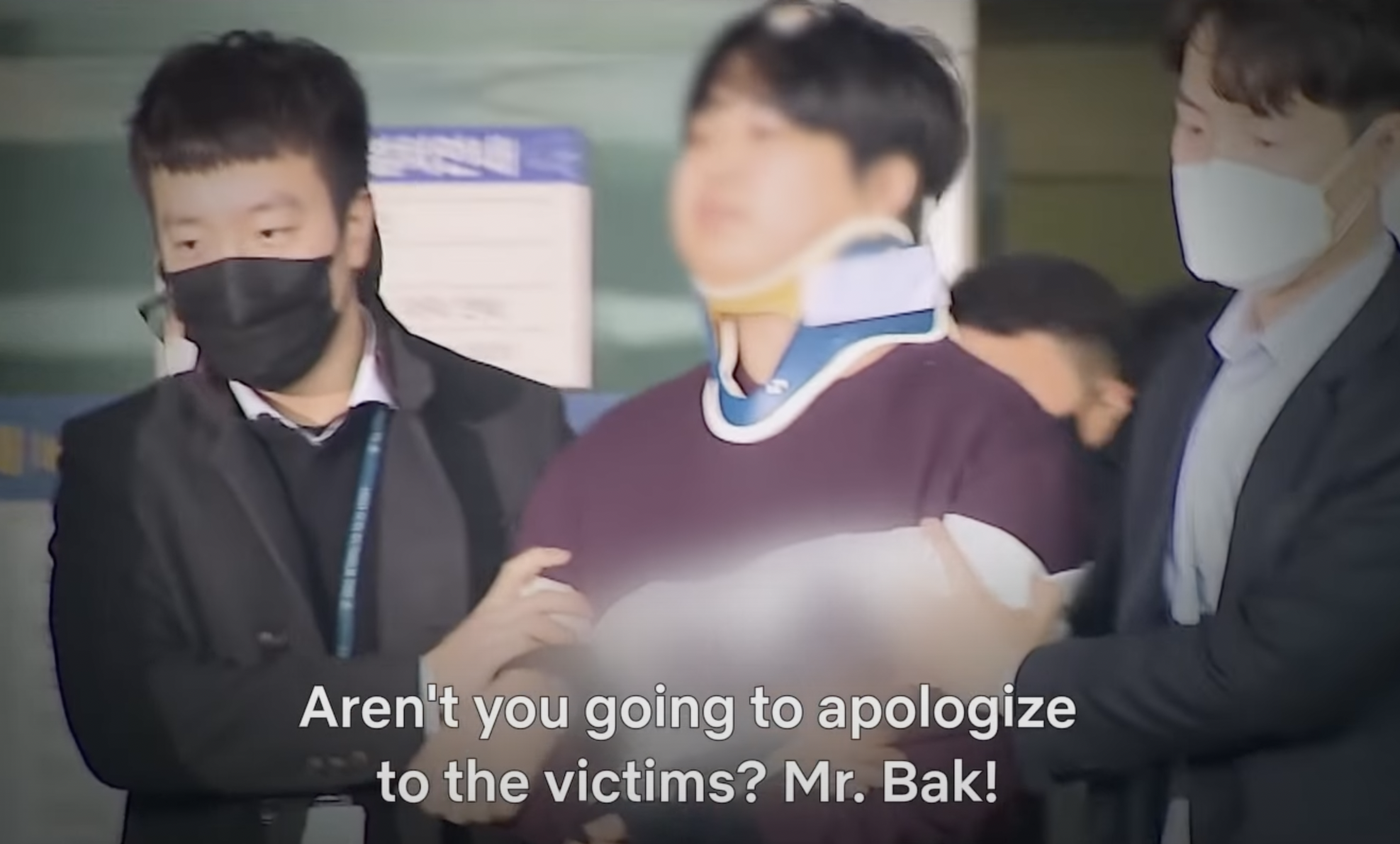 END_OF_DOCUMENT_TOKEN_TO_BE_REPLACED

The documentary, directed by Choi Jin-seong looks at how two colleges students, a group of journalists, and cyber crime police officers managed to track Ju-bin down. It tells the disturbing story with exclusive interviews, real messages from the chat rooms, animation and re-enactment.

An official synopsis reads: “Anonymous and exploitative, a network of online chat rooms ran rampant with sex crimes. The hunt to take down its operators required guts and tenacity.

"This is the story of one of the most devastating digital crimes that gripped the region, the age of digital anonymity that allowed it to thrive, and the victims who spoke out to help bring it down."

Cyber Hell: Exposing an Internet Horror premieres on Netflix on 16 May.

popular
Wagatha Christie: Rebekah Vardy storms out of court just 30 minutes into final day
Helen McCrory's children give heartbreaking tributes at her memorial service
Claire Byrne Live viewers in shock as woman shares family DNA secret
Only a matter of time before monkeypox spreads to Ireland, says expert
Ashley Graham says she nearly died while giving birth to her twin boys
Late Late Viewers left in awe of Paul McGrath's memories of Jack Charlton
Dog owners warned about the "big stretch"
You may also like
4 days ago
Christine Quinn confirms she'll be on the next season of Selling Sunset
1 week ago
Virgin River season 4 is coming – and here's what we know so far
1 week ago
Bridgerton has announced a newbie coming to season three
1 week ago
Ads could be coming to Netflix before the end of this year
1 week ago
Selling Sunset's Christine Quinn says she quit Oppenheim group before the reunion show
2 weeks ago
Grace and Frankie's last-ever episodes are here – and why this show was so important
Next Page