From start to finish, this year's Love Island reunion was an awkward affair, with Liberty and Jake ending it for good and him pulling a sickie, but there was one moment that stood out above all.

Winners Liam and Millie were brought up to be interviewed by Laura Whitmore when Liam's stint in Casa Amor was the big topic of conversation.

Fans (and us) couldn't cope when Liam's former fling Lillie appeared, and decided to tell the pair that they are a "picture perfect couple" - which they are. 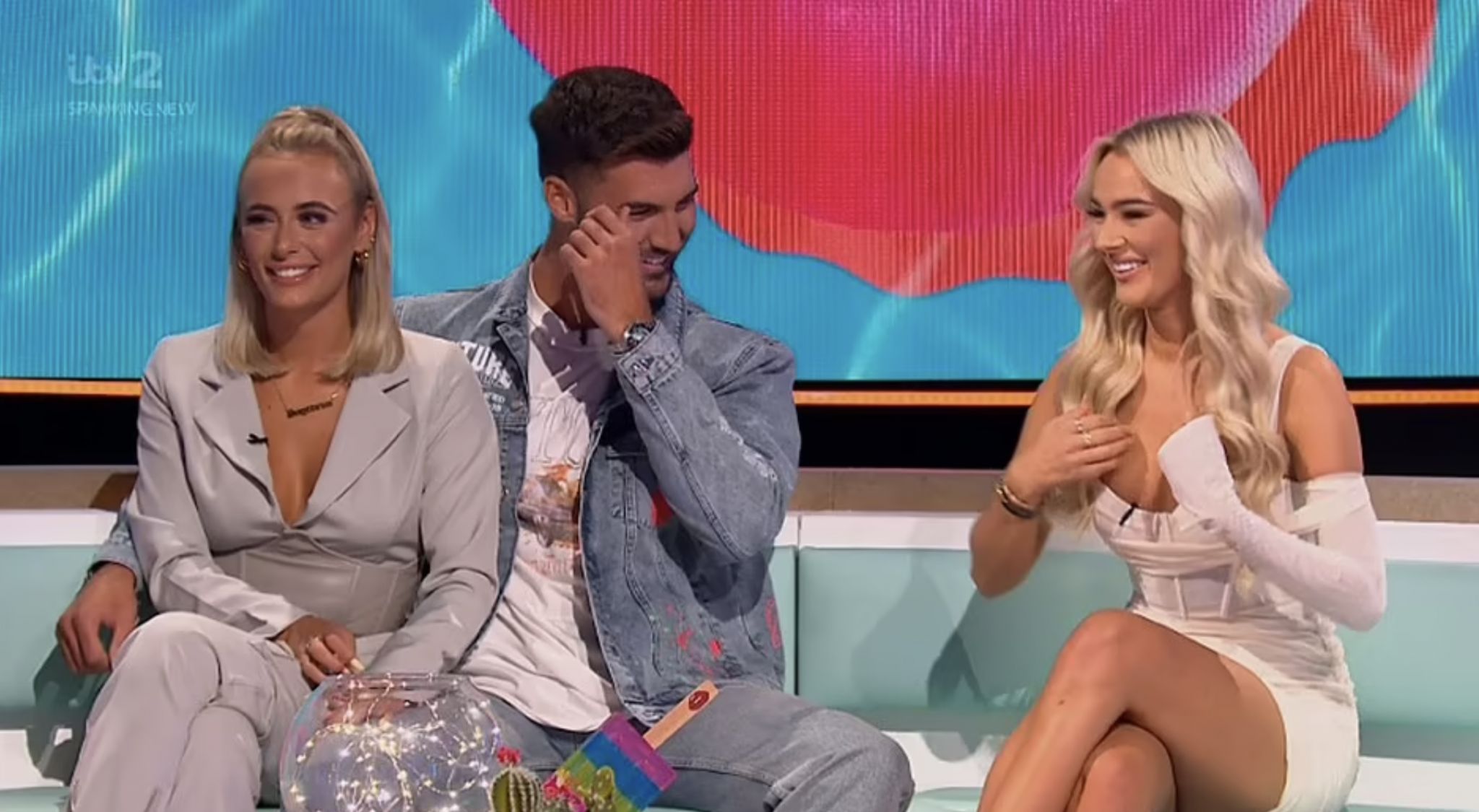 END_OF_DOCUMENT_TOKEN_TO_BE_REPLACED

Millie was shown the moment she discovered that Lillie and Liam had kissed, and Liam told Lillie: "You're a nice person, I'm a nice person. We can be friends, how’s that?"

"Maybe a few tequila shots we’ll get there," Lillie joked, before Millie, after sitting in complete silence, mumbled, "Or 100."

END_OF_DOCUMENT_TOKEN_TO_BE_REPLACED

Lillie claimed that might be a "bit far", which is fair enough.

Fans watching declared the reunion as awkward due to the reuniting of certain couples (and ex couples), while the show was also criticised for a number of technical glitches.

Liberty had to be handed a microphone as she was interviewed and the slideshow of memes was cut short after three tweets. Laura herself even said during Aaron and Mary's interview how awkward the special had been.

Shannon, the first islander to be dumped from this year's series, even took her Instagram to vent about the show, saying: "That was a f**king waste of time."

popular
Adam Collard responds to claims he cheated on Paige Thorne
Woman who 'fell off' rollercoaster ride is identified
Ellie Simmonds targeted by online abuse following Strictly debut
Corrie actress Lucy Fallon pregnant after miscarriage heartache
WATCH: First look at Netflix's YOU season 4
Alec and Hilaria Baldwin welcome their seventh child
Netflix's true crime series Sins of our Mother is seriously insane
You may also like
8 hours ago
Adam Collard responds to claims he cheated on Paige Thorne
3 days ago
Love Island's Indiyah explains why she called a medic in the villa
3 days ago
Greg O'Shea opens up about "really bad" time as he suffered a mental health crisis
5 days ago
Love Island's Tasha lands yet another fashion deal
1 week ago
Liam Reardon shares impact of rumours following his split with Millie
1 week ago
Luca Bish and Gemma Owen not ready to move in together
Next Page