What’s That About Chris Hemsworth Returning to Summer Bay?!

Before making it big in Hollywood, Chris Hemsworth starred in Home and Away as Kim Hyde.

Recently the actor returned to his soap roots by paying a visit to the set during a trip to Sydney.

But he didn’t just rub shoulders with the cast, he asked if he could make an appearance as an extra in one of the scenes.

END_OF_DOCUMENT_TOKEN_TO_BE_REPLACED

Of course, show bosses agreed and he can be seen in the background of a scene filmed in the Summer Bay Diner.

(Keep an eye out for the guy in a black cap enjoying a milkshake in Tuesday's episode.) 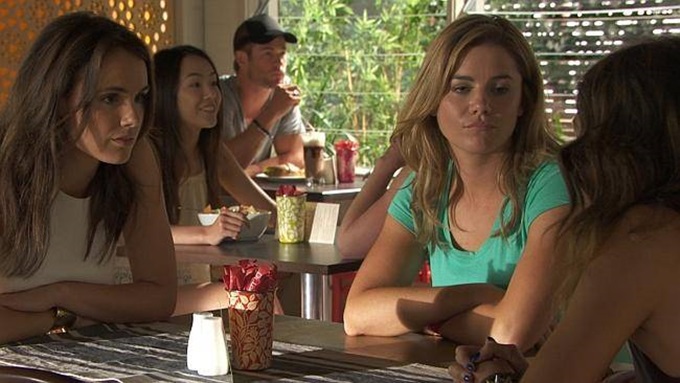 Chris Hemsworth is an extra in the scene (image via Seven).

popular
Fundraiser set up for boy attacked by pit bull in Wexford
Kanye to give Kim Kardashian $200k in child support every month
Balenciaga is suing production company following offensive ad campaign
The trailer for Channel 4's Vardy V Rooney: A Courtroom Drama has dropped
"I've got nothing to hide": Ekin-Su confronts Davide over afterparty video
Fair City star Jenny Dixon shares her twins' gender in sweet video
Olivia Wilde struggling after Harry Styles break-up
You may also like
1 week ago
Place In The Sun star Jasmine Harman tears up during emotional episode
3 weeks ago
Vernon Kay 'solves' real reason behind Olivia Attwood's I'm A Celeb exit
3 weeks ago
Reported figure each celeb has been paid to appear on this year's I'm A Celeb
3 weeks ago
Olivia Attwood’s fiance speaks out after her I’m a Celeb exit
3 weeks ago
The reason why I'm A Celeb contestants always wear red socks
3 weeks ago
'Incredible' Netflix drama series is so good people are binge-watching it in one night
Next Page