Is this the beginning of the end for the TV3 show?

TV3 have announced that they are to cut two episodes of Xposé a week, dropping the number of weekly shows from five to three.

The show currently airs five shows a week on both TV3 and 3e, however, bosses have now confirmed that the show will be whittled down to three episodes a week which will air exclusively on TV3. 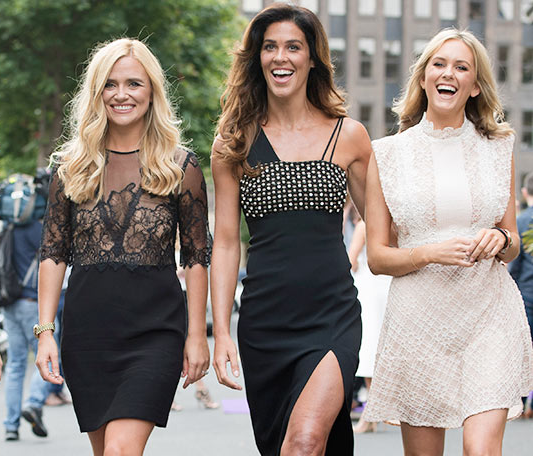 END_OF_DOCUMENT_TOKEN_TO_BE_REPLACED

After the exit of presenter Ruth O’Neill, the hosting duties are now left to Karen Koster, Glenda Gilson and Cassie Stokes.

The show celebrated its tenth anniversary this year but has been surrounded by rumours of uncertainty after the recent panel shake-ups.

TV3 are set to announce their new season line-up tomorrow and will be revealing the new structure for the evening programme.

popular
Baby found unattended in pram in Dublin, Gardaí reveal
Joanna Cooper heartbroken after her mum is diagnosed with dementia
Love Island first look: The Hideaway is open tonight as Ron has something to tell Lana
Toddler tragically dies in Wicklow following choking accident
No plans to abolish homework, says Minister Foley
Gwen Stefani reportedly pregnant with baby number four
Conor Mcgregor hit by car ‘at full speed’ while cycling
You may also like
3 days ago
Love Island's Haris reportedly dumped from villa after street brawl video
5 days ago
Netflix is about to launch the Avengers Assemble of reality dating shows
3 weeks ago
All of the new Netflix movies and shows arriving in January
1 month ago
This is every film showing on TV on St Stephen's Day
2 months ago
Zoë Kravitz confirms that there won't be a third season of Big Little Lies
2 months ago
Here's how to watch The White Lotus in Ireland
Next Page