It's been four years since Hoizer released his first album.

And it's been three since he's performed... but now the singer has announced he's playing three intimate shows in Dublin next month.

The intimate live rehearsal shows will take place in The Academy. 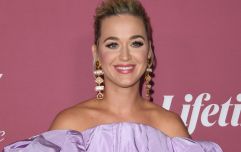 END_OF_DOCUMENT_TOKEN_TO_BE_REPLACED

All proceeds from the shows will go to three charities close to Hozier’s heart: Safe Ireland, One In Four and the Peter McVerry Trust.

Dates are as below: 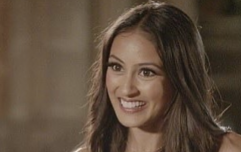 END_OF_DOCUMENT_TOKEN_TO_BE_REPLACED

Following these Dublin shows, the award-winning artist will then play London’s Koko on Tuesday September 11, in aid of War Child.

Hozier will announce further Ireland, UK & European dates on September 17, and we could not be more excited.

popular
Wagatha Christie: Rebekah Vardy storms out of court just 30 minutes into final day
Fashion house Dolce & Gabbana is 'sponsoring' Kourtney and Travis' Italian wedding
James Arthur says his relationship with this celeb made him a sex addict
Rebel Wilson claims male co-star sexually harrassed her
Why Are Men so Obsessed With Boobs? The Answer is Pretty Surprising...
'She was always in awe of celebrity' – Rebekah Vardy's ex-husband speaks out
Someone has ranked the penis size of men from all over the world
You may also like
1 week ago
Charlie Bird "blown away" by people's kindness as his charity campaign raises over €3 million
2 months ago
Ukrainian charity drive given heels and underwear detail what's really needed
2 months ago
Stella cinema in Dublin is hosting a special fundraiser screening in aid of Ukraine
5 months ago
Dogs Trust see 82% increase in people surrendering their dogs
5 months ago
Why we should all be doing a reverse advent calendar this Christmas
6 months ago
3 ways you can donate to those living in Direct Provision this Christmas
Next Page