Penn Badgley and Domino Kirke have welcomed their first child together.

Badgley, who is best known for starring in Netflix's You and Gossip Girl, and singer Kirke welcomed their first child in August of this year.

Domino confirmed the news on her Instagram account this week, sharing a photo of some placenta art (placenart) and the hashtag '40 days postpartum.'

"His heart shaped home," she wrote.

The couple announced that they were expecting a child together earlier this year. Domino took to Instagram to share the happy news, revealing that she and Penn had experienced two previous miscarriages.

"Pregnancy after loss is a whole other thing," she wrote. "After two miscarriages in a row we were ready to call it. I stopped trusting my body and started to accept the fact that I was done.

"When I was pregnant at 25, I knew nothing. I had no community. I dove in blissfully unaware about birth and its mysteries. 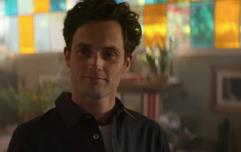 END_OF_DOCUMENT_TOKEN_TO_BE_REPLACED

"Now, with 10 years' worth of experience to pull from, I treasure my birth community and the knowledge I have. You're already teaching us how to stay in the day in a way we've never had to, little one. Thank you."

Domino is also mother to a son from another relationship, 12-year-old Cassius. This is Penn's first child. 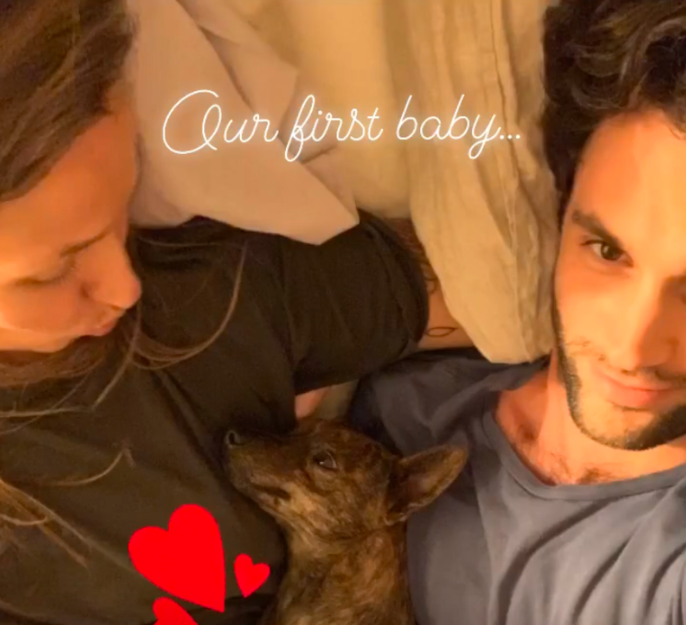 Penn and Domino have been together since 2014. They married in a New York courthouse in early 2017 and Domino announced that they were expecting their first child in February of this year.

Badgley has kept his personal life largely private, opting not to comment on the pregnancy.

Elsewhere, the actor has been busy preparing for the eagerly anticipated third season of Netflix's You. Returning as the murderous Joe, Badgley will commence filming again with the rest of the cast later this year.

Series co-creator Sera Gamble recently told Badgley during an interview video call that season two's cliffhanger of the mysterious woman in the back garden will, of course, be addressed.

"I want to ask you about what we're going to do here but you can't really tell us," said Badgley.

Gamble replied: "It's pretty obvious when we were filming this that we were careful not to show too much of her because that role hasn't technically been cast yet.

"But there's lots to come with that neighbour."

popular
Reindeer ornament includes penis, people excited by this
Matthew McConaughey has been swooning over his wife again, and same
Katie Hopkins refuses to wear a mask on flight from LA to London
The Body on The Cube has finally been unmasked after 11 years
Her.ie's Women You Should Know: Female Game-Changers In Ireland
Boyzone's Keith Duffy set to for the next I'm a Celeb Get Me Out of Here
Kim Kardashian has six toes on private island with close inner circle
You may also like
8 months ago
'I stopped trusting' Domino Kirke and Penn Badgley share pregnancy news after two miscarriages
9 months ago
Viewers of You season 2 have spotted a super creepy reference to Beck
9 months ago
Penn Badgley basically just confirmed You season three is happening
11 months ago
CONFIRMED: Netflix share release date for season two of You
1 year ago
Penn Badgley hints Beck will be back for season two of Netflix's You
1 year ago
Penn Badgley reveals something about season 2 of YOU and it sounds disgusting
Next Page