Audrina Patridge reaches an agreement with her estranged husband Corey

Two weeks' ago, news emerged that Audrina Patridge was divorcing her husband of less than a year, Corey Bohan.

The couple have been married for ten months and share a one-year-old daughter, Kirra Max.

Now, as reported by TMZ, the reality TV star has struck a deal with her estranged spouse.

She had previously filed for a temporary restraining order against him and her parents - accusing him of shoving her while she held their daugher.

The estranged couple was in a California courthouse on Friday where they stated that they had reached an agreement and are willing to co-parent their child. 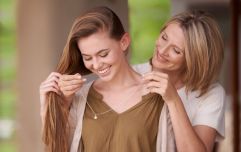 END_OF_DOCUMENT_TOKEN_TO_BE_REPLACED

It has also been revealed that Australian athlete Mr Bohan will not be prosecuted for domestic battery.

"They broke up and got back together, and she really thought things would be different when they got married, but she’s realised things had to change before it got even worse, and she had to get her and her daughter out of the situation." 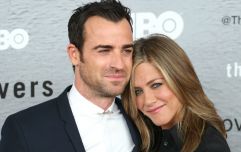 END_OF_DOCUMENT_TOKEN_TO_BE_REPLACED

The couple welcomed their little girl in June 2016 before getting married in November that year. They had been together on-and-off since 2008 before the athlete proposed in November 2015.

Audrina rose to fame on the MTV series The Hills, alongside Lauren Conrad, Whitney Port, and Heidi Montag.

popular
Woman who 'fell off' rollercoaster ride is identified
Adam Collard responds to claims he cheated on Paige Thorne
Ellie Simmonds targeted by online abuse following Strictly debut
Corrie actress Lucy Fallon pregnant after miscarriage heartache
WATCH: First look at Netflix's YOU season 4
Netflix's true crime series Sins of our Mother is seriously insane
Alec and Hilaria Baldwin welcome their seventh child
You may also like
8 months ago
Pamela Anderson splits from fourth husband after only a year of marriage
9 months ago
Kim Kardashian requests for marriage to Kanye to be terminated immediately
10 months ago
Adele admits she was "embarrassed" when her divorce news broke
1 year ago
Scooter Braun files for divorce from wife Yael
1 year ago
Zoe Kravitz 'files for divorce' after hinting at big changes on social media
2 years ago
Zooey Deschanel's husband Jacob Pechenik has filed for divorce
Next Page