Egg freezing: New research shows women have as little as a one in five chance of conceiving using frozen eggs

It is often hailed as the perfect fertility 'safety net.'

According to Netmums, egg freezing is the fastest growing fertility treatment in the UK, and is growing rapidly on our shores too. Companies including Google, Apple and Facebook have even offered the treatment to their female employees as a way to 'insure' their future plans of having a family.

However, a brand new study that was announced at the Fertility 2020 conference in Edinburgh, and it warned women that freezing their eggs shouldn’t be seen as a way to delay motherhood as, in the past 15 years, just 18 percent of treatments have led to a successful birth. 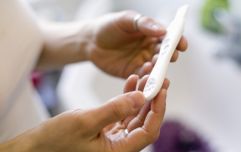 END_OF_DOCUMENT_TOKEN_TO_BE_REPLACED

The team behind the study, which was conducted at the Newcastle Fertility Centre, analysed data from the UK’s fertility regulator, the HFEA. And having looked at the stats, the researchers pointed out: "Women seeking to preserve their fertility should be aware that they may have as little as a one in five chance of having a baby later."

However, it's not all bad news, and Dr Mariano Mascarenhas from Leeds Fertility, who presented the research in Edinburgh, added: "that the chances of having a baby can improve if eggs are stored early in life.

"Importantly, the live birth rate using frozen donor eggs was considerably higher, at 31 percent. Hence for young fit women with no fertility issues, the success of egg freezing may ultimately be much greater."

All in all, it's important, experts say, to remember that selling the idea of egg freezing as some sort of insurance plan might be a little bit misleading, as frozen eggs still carry a similar success rate regular IVF. There is no guarantee.

popular
Tom Parker's wife suffers more heartbreak just nine months after husband's death
Fans are feeling seriously sorry for Molly Mae Hague after resurfaced interview
He may be a politician, but Leo Varadkar's personal life is none of our business
Here are our top picks from this week's Lidl Toy Event
Father took daughter to hospital three times before she died of Strep A
Joanna Cooper reveals when she's officially tying the knot with Conor Murray
Kelsey Parker: "People think I should be walking around wearing my black veil"
You may also like
2 months ago
5 things all women should know about Polycystic Ovary Syndrome (PCOS)
6 months ago
Doctors urge women not to follow Kourtney Kardashian's 'semen' fertility advice
7 months ago
State funding for IVF to begin next year, Donnelly says
10 months ago
Selling Sunset's Heather shares "great news" after fertility clinic visit
1 year ago
Rosanna Davison speaks out against legislation not recognising her as Sophia's mother
1 year ago
If you want to check in on your fertility, here's a really affordable way to do it
Next Page