Have you ever been to a wedding?

Of course you have, they're fairly popular occasions.

If you for some reason haven't though, listen up, because there are a few things that guests can generally safely assume will happen during the ceremony.

Usually, someone will get married.

Some of the time, a choir will sing a lot of nice songs of the bride and groom's choosing and it'll all be very lovely and stuff.

There might also be a ring-bearer in the form of a small child or perhaps a dog (if you're lucky).

However, there is one thing that people tend to not be expecting to happen during a wedding ceremony, and that's for the father-of-the-bride to lead a flash mob right in the middle of the church.

It's understandable then that bride Lisa McGrath was fairly shocked and delighted when her dad started a bit of a sing-song in St.Bridgets Church Killeshandra, Co.Cavan right before she was about to be wed.

He was armed with a guitar and everything. 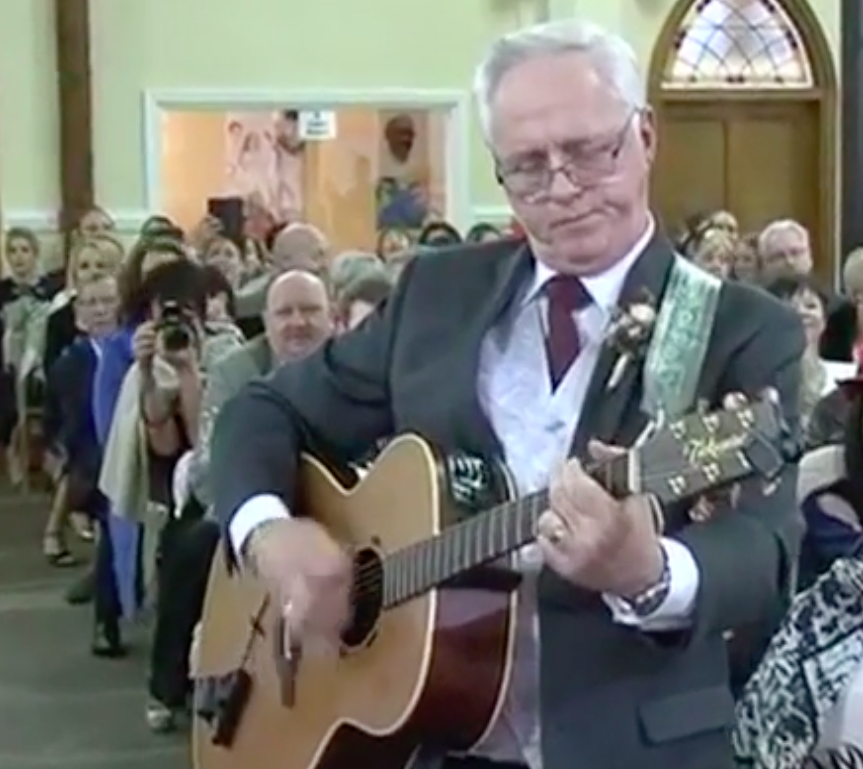 Once Lisa's dad started things off, a load of the other guests followed suit, eventually making their way up to the altar to surround the bride and her groom, David Kellett.

Not your average tying of the knot, to be honest. 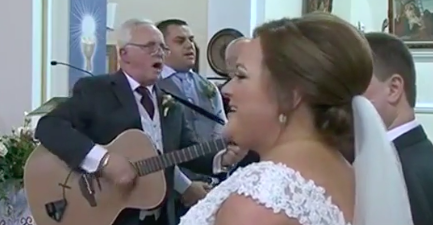 You can watch the full video here.

popular
Daisy Coleman from Netflix's Audrie & Daisy has died, aged 23
I'm A Celebrity, Get Me Out Of Here moves to ruined castle in UK this year
Rupert Young, twin brother of Will Young, passes away, aged 41
WATCH: Paul Mescal stars in new Rolling Stones' music video 'Scarlet'
WATCH: Sneak peak of Paul Mescal in latest Rolling Stones' music video
Kate Middleton has addressed the rumours that she's pregnant with her fourth child
Staycation: TripAdvisor reveals the top 10 hotels in Ireland for 2020
You may also like
2 weeks ago
Luxury Wedding Competitions is giving you the chance to WIN your dream wedding for just €20
4 weeks ago
"No couple is alone in this:" 3 key pieces of advice for worried brides-to-be during Covid-19
1 month ago
8 out of 10 married couples are owed tax back, are you one of them?
1 month ago
Commitment ceremonies: The solution for couples forced to cancel their weddings due to #Covid-19
2 months ago
Richard Corrigan offering €90,000 wedding package prize for one Irish frontline healthcare worker
3 months ago
Sustainable engagement rings are now a thing and they definitely have wow factor
Next Page