Irishman's Plea To Change Our Drinking Culture Is Going Viral

St. Patrick's Day is a day where the Irish at home and abroad celebrate their nationality, and generally have a good time.

However, Ireland's hard-drinking reputation has some very serious consequences. 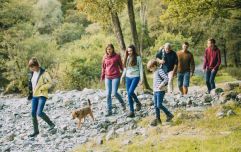 Family fun day: 4 great ideas for a family day out (no matter the age)

END_OF_DOCUMENT_TOKEN_TO_BE_REPLACED

Patrick Mungovan from Co. Clare got in touch with us to share his Facebook post about the tragic death of his twin brother Stephen at the young age of 20.

Stephen's body was found last October after he accidentally fell from a cliff on his way home from a night out with friends.

"We live in a country where drinking to a stage that we don't know where we are has become the normal thing to do and it is getting out of hand. I have seen various photos and statuses praising the Irish for their drinking, I think that should shame us as a country to believe it's funny and true."

Patrick's story is a sad and important one, and a reminder to all of us that alcohol abuse can have horrendous effects on families, health and relationships.

Read his powerful status below:

After being around the town for St Patrick's Day, i saw people arguing and fighting. This all leads down to one thing......

popular
Meabh Feerick passes away after sharing that she felt "let down" by Irish healthcare system
Stacey Solomon mortified after walking around shop in see through leggings
Vicky Pattison thanks fans for support after doctors find ovarian cyst
Liveline listeners call for RTÉ's new property show to be scrapped
Father and daughter stabbed to death in London
TikToker fakes a wedding photoshoot to get back at ex
82-year-old woman reunited with 35-year-old husband after 9 month Covid separation
You may also like
4 days ago
Booster vaccines set to be given to anyone over 16
6 days ago
There are no PCR tests available in 14 counties
1 week ago
Suspected sexual assaults of unconscious patients in Naas hospital under investigation
1 week ago
"Very serious" situation as almost 6,000 new Covid cases recorded
1 week ago
Teenager dies following road collision in Laois
1 week ago
Partial lunar eclipse to be visible all over Ireland tomorrow morning
Next Page