If you didn't have a pet goldfish growing up, you were absolutely missing out.

Alright okay, they weren't as good as a dog or a cat or a rabbit or a guinea pig or probably any other pet, but they're still pretty nice to have around.

They swim, they eat, they forget that they're living in a tiny enclosed space and seem pretty happy about it.

Ideal pet, to be honest.

And yet, many are still of the opinion that the humble goldfish is not worth the trouble, not part of the family, and not a 'real pet.'

These people are incorrect and they have clearly never had a fish to call their own.

Not fishes as special as Tiffany and Tori anyway.

Those lads were Jeremy Milbern's pets and they tragically passed away recently.

But instead of simply flushing them down the toilet like so many (heartless) people are wont to do, Jeremy held a fish funeral for them.

He lit some candles. 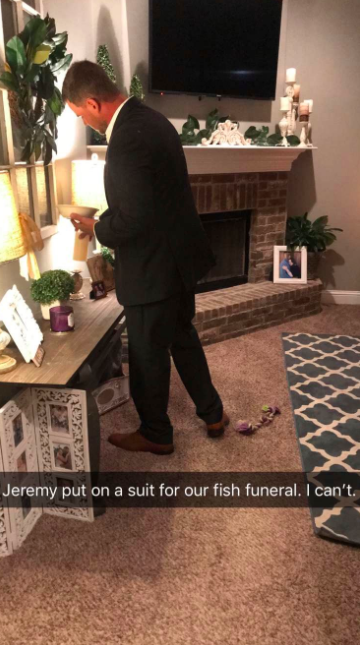 He laid Tiffany and Tori out on a special cloth (a piece of toilet roll, clearly). 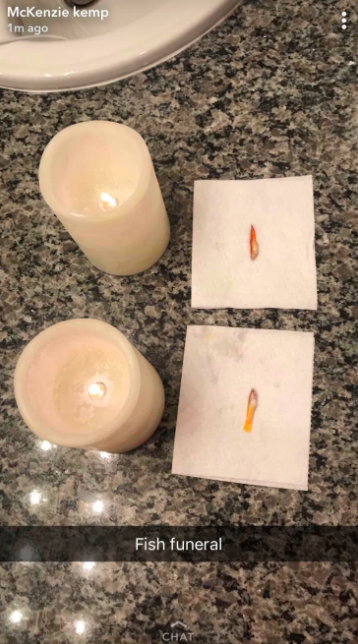 He even dressed up for the sombre occasion. 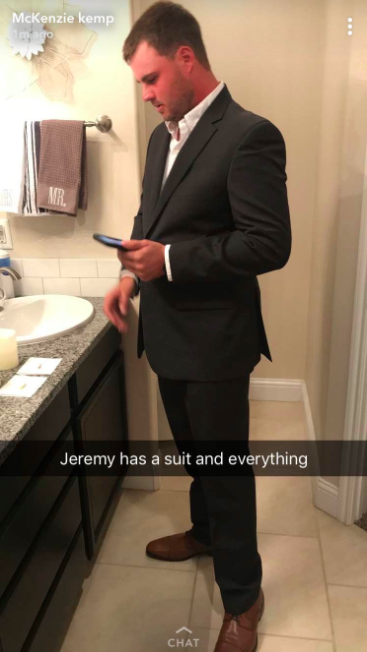 Jeremy's sister Sue received the photos from her sister-in-law who witnessed the whole thing.

Naturally, Sue decided to tweet the photos because, why wouldn't you, they're incredible.

so my sister in law sends me these pictures of my brother giving their fish a full funeral...i’m in real tears rn😂💀 pic.twitter.com/pROJcBJzIZ