Teen Mom OG's Catelynn and Tyler have suffered from a miscarriage

Catelynn Lowell has revealed that she, and husband Tyler Baltierra, have sadly suffered from a miscarriage.

The Teen Mom star announced that she was pregnant a few weeks ago, but on the latest episode of TMOG, she was met with the devastating news. 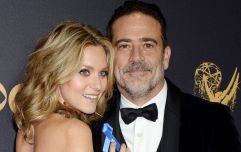 END_OF_DOCUMENT_TOKEN_TO_BE_REPLACED

After receiving the news from her doctor, Catelynn tells the show's producer: “I feel like maybe it just wasn’t the right time. Thank God for kids and husbands."

Catelynn has been in and out of rehab over the past few months and recently admitted herself for a six week programme.

While on the show last night, Catelynn told her husband Tyler that she was coping better than before, saying: “You’d be super proud of me today. I have, like, the anxiety and I’ve been working through it.

Tyler replied: “That’s good, honey, because you are beautiful and smart and strong. You are. You really are, honey.” 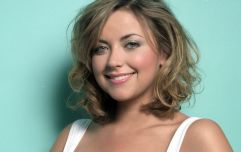 'A time for grieving...' Charlotte Church has lost her unborn child

END_OF_DOCUMENT_TOKEN_TO_BE_REPLACED

Speaking about the miscarriage, Tyler later said: “We just sat in the bed and cried and just held each other. I mean, there’s nothing you can really do, so it felt very similar to Carly.

“I mean, Carly’s a little different, because we have to we get to see her every year, but it’s a loss, and you feel it. Like, I feel like you process it as a loss. So I guess it’s something I didn’t really understand before.”

popular
Kin star defends early criticism of new RTÉ crime drama
Woman claims to have picked up Gabby Petito's fiancé hitchhiking
Princess Beatrice has given birth to her first child with Edoardo Mapelli
Body found in search for missing YouTuber Gabby Petito
Mary Lou McDonald condemns "homophobic" protest outside Leo Varadkar's home
Holly Willoughby launches new lifestyle brand, Wylde Moon
Derry Girls star speaks out after show called "distinctively British"
You may also like
1 month ago
Amanda Knox is pregnant only weeks after suffering a miscarriage
3 months ago
Pippa O'Connor shares that she had a miscarriage last year
5 months ago
Study shows increase in stillbirths and deaths of pregnant women during pandemic
5 months ago
Why Ireland should follow New Zealand's lead when it comes to pregnancy loss leave
5 months ago
New Zealand approves automatic paid leave after miscarriages and still births
11 months ago
"Every loss is personal" – what someone who has experienced pregnancy or infant loss wants you to know
Next Page