But if you want it enough, every season can be curry season.

After all, we live in Ireland. It's still going to be cold in the height of July. And what better way to warm up and get cosy than whipping yourself up a hearty, creamy korma? 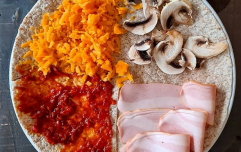 END_OF_DOCUMENT_TOKEN_TO_BE_REPLACED

It's healthy, it's not all that difficult to make, and it's entirely delicious.

The main facet of korma that tends to put a lot of people off (include me for many, many moons) is the sheer amount of ingredients required.

Granted, a lot of these ingredients are spices and can simply be replaced by something else if you don't already have it knocking around your press. The rest are the usual suspects when it comes to curry making including coconut milk, tinned tomatoes, and a whole lot of yoghurt.

And an inordinate amount of coriander, obviously.

A good, creamy korma does also require the use of some kind of blender or food processor, but if you don't have an actual one of those to hand, a standard smoothie bullet also works pretty well. Just make sure the sauce isn't piping hot before you put it in.

This particular korma is vegetarian (or even vegan if you replace the yoghurt with a dairy-free alternative), but you could always cook up a few chunks of chicken to throw in there too if you were anyway that inclined.

Make it your own, sure. Life's too short to adhere to strict recipes. 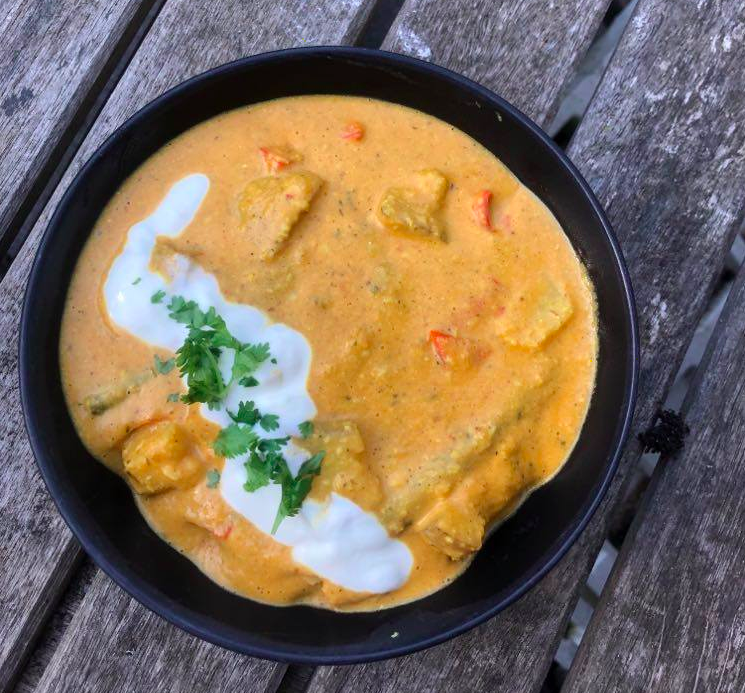 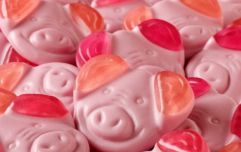 END_OF_DOCUMENT_TOKEN_TO_BE_REPLACED

1. Chop the potatoes into bite sized pieces and boil over a high heat with a little salt for 15 minutes until soft. Meanwhile, add chopped onion to a pan with a little oil on a medium heat and fry until golden. Tip the rest of the chopped veggies into the potato pot and continue to boil for another 10 minutes. Drain and set aside.

2. Add the minced garlic, ginger, and half of the curry powder to the onion and stir until fragrant. Add the rest of the spices including most of the coriander and stir for a few minutes. Slowly add the tinned tomatoes, the coconut milk, and combine. Throw in the chopped cashews and whack up the heat and bring everything to the boil.

3. Take the sauce off the heat and blend everything into a creamy paste using a handheld blender, a regular blender, or a bullet. Continue to do so until the nuts have been ground to a fine grit and the korma consistency is right.

4. Squeeze in a bit of lemon to taste, most of the yoghurt, and a few more spices if needed. Boil some rice and serve alongside the korma, with a drizzle of yoghurt and a sprinkle of leftover coriander across the top.

Girls With Goals || Her · Ep.151: 'A Story Shared' - Aoife P. Rafter on blogging during a pandemic and living with CF
popular
Around the world: The most popular baby names in major cities across the globe
"The female gaze is brilliant:" Why Phoebe Dynevor is proud of Bridgerton's sex scenes
Matt LeBlanc And Matthew Perry Reveal Reason Why They Didn’t Attend Jennifer Aniston’s Wedding
Netflix announces new true crime documentary series: The Vanishing At The Cecil Hotel
Here's what happens on every day of your menstrual cycle (roughly)
Someone has ranked the penis size of men from all over the world
When will lockdown end in Ireland?
You may also like
2 days ago
Pet foods recalled after 70 dogs die in US
4 days ago
Same shit, new year: A brief history of diet culture and why it needs to go
1 week ago
Does weight loss still need to be the height of inspiration?
1 week ago
Terry's looks set to be launching white chocolate mini eggs for Easter
1 week ago
Peace Pops: Ben & Jerry's launching ice pops in Ireland next month
1 week ago
What is intuitive eating? The anti-diet that wants to repair your relationship with food
Next Page