Have you had a drink at any of these spots?

In the face of heated competition from 500 entries, Dublin venue Bar 1661 has been crowned Ireland's Bar of the Year for 2022.

Now in its 17th year, the Bar of the Year Awards took place on Monday (22 August) to recognise "the excellent bars, knowledgeable staff and innovation" in the trade throughout the country. 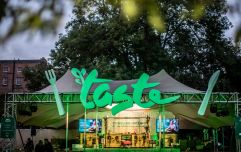 END_OF_DOCUMENT_TOKEN_TO_BE_REPLACED

Bar 1661, located on Green Street in Dublin 7, opened its doors in April of 2019 and is named after the year poitín was banned in Ireland.

"Bar 1661’s mission is to pay homage to all of Ireland's native drinks, but especially poitín, writing its own chapter in the colourful story of this once notorious Irish spirit and ensuring its place in the modern canon of Irish drinks," the pub has said.

"Bar 1661 is proud to serve the niche beside the revered; the up and coming with the established; the traditional as well as the innovative — each small parts of a passionate bigger story about the future of Irish drinks." 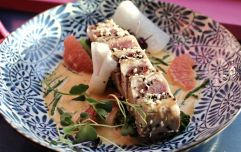 END_OF_DOCUMENT_TOKEN_TO_BE_REPLACED

Its owner and founder Dave Mulligan said the wins were a "huge reward" for the pub's team who he said "worked tirelessly" over two years to bring the venue to unrivalled standards.

"A shared love of cocktail bars and Irish spirits drives us to be the best we can be and shining a spotlight on poitín makes it all worthwhile," he added.

In terms of some of the other categories, The Tack Room at Adare Manor in Limerick won Cocktail Bar of the Year, R.I.O.T Bar in Dublin was crowned Late Bar/Nightclub of the Year while Piglet Wine Bar in the capital was named Wine Bar of the Year.

Meanwhile, the pressure was not just on the judging panel, as each shortlisted property was put forward for The Dingle Gin People’s Choice Award, which was voted for by the public.

Dolans in Limerick took home the top prize in this category.

For the full list of winners at the 2022 Bar of the Year Awards, visit the event's website here.

popular
Two Love Island 2022 stars have just become step siblings...
Gwen Stefani reportedly pregnant with baby number four
Female child rushed to hospital after violent incident in Co. Clare
Young girl found injured in Co. Clare house is in critical condition
Molly Mae Hague shares emotional moment she discovered she was pregnant
Abducted in Plain Sight: True crime drama follows girl who was kidnapped twice by the same man
Joe Swash has reportedly flown to South Africa to film I'm A Celeb All Stars
You may also like
1 week ago
Christmas lights will be turned off early every night this year
1 week ago
Teenager hospitalised following alleged assault in Dublin
3 weeks ago
Bono bumps into girl on her way to the Debs as he visits old home
1 month ago
Baby abandoned on road after Dublin car theft
1 month ago
Sarah Jessica Parker offers to help out at Dublin restaurant
2 months ago
The hottest temperature in Ireland in the 21st century has officially been recorded
Next Page