'More embarrassed' Breast cancer in men may be rare, but it's not impossible

"No one is really checking."

Every year, 28 cases of breast cancer in men are diagnosed in Ireland.

The illness is the second most common cancer affecting women in the country, and although the number of men developing the disease is significantly lower, it does happen.

END_OF_DOCUMENT_TOKEN_TO_BE_REPLACED

Being breast aware is necessary for both men and women - particularly if they have a history of breast cancer in their family.

Senior oncology nurse with the Marie Keating Foundation Bernie Carter says that men are far less likely than women to check their breasts at home - meaning that they are less likely to notice any changes by themselves.

She spoke to Her for this year's Breast Cancer Awareness Month, a time for information sharing around one of the most common cancers in the country.

"Men are also less likely to present to a GP if they find a lump," she says.

END_OF_DOCUMENT_TOKEN_TO_BE_REPLACED

"A lot of them are more embarrassed about going to the doctor, but we need to get men thinking about looking out for themselves, especially if there is a history of breast or prostate cancer in their family.

"They need to be more aware because this can increase the risk.”

As well as family history of cancer, there are a number of other factors than can increase a man's risk of developing breast cancer. 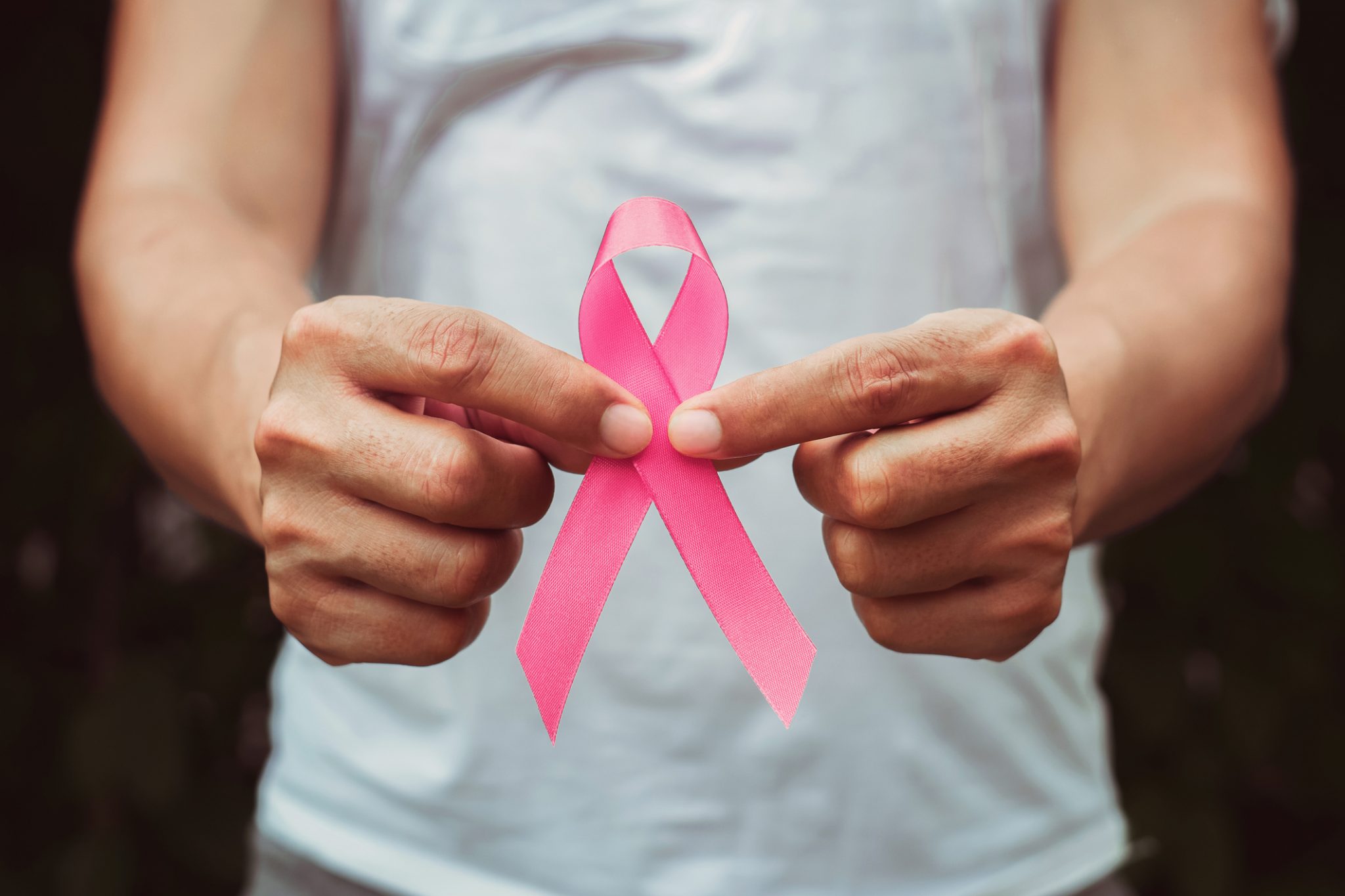 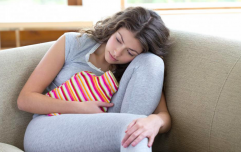 END_OF_DOCUMENT_TOKEN_TO_BE_REPLACED

These include old age (with men over 60 being more likely to be diagnosed with the illness), obesity, exposure to oestrogen through drugs containing the hormone, and certain liver diseases that can increase female hormones.

As with breast cancer in women, early detection is the key to higher survival rates - but so is a better understanding of the illness.

Vicki Singer Wolf, one of the co-founders of HIS Breast Cancer Awareness, says that one of the main issues surrounding breast cancer in men is that so many men presume they could never get it.

"What is most important to understand is that most men do not know they can be diagnosed with breast cancer as most men don't think of themselves as having a breast," she says.

"Because of this, no one is really checking."

Vicki founded the information source with her brother Harvey, after they were both diagnosed with breast cancer at different stages of their lives.

For Vicky, it was four times since her late 30s; diagnoses that led to multiple surgeries, radiation treatment, and eventually a double skin sparing mastectomy. For Harvey, it was in his mid 50s, completely unaware that he too could have been diagnosed with the disease. 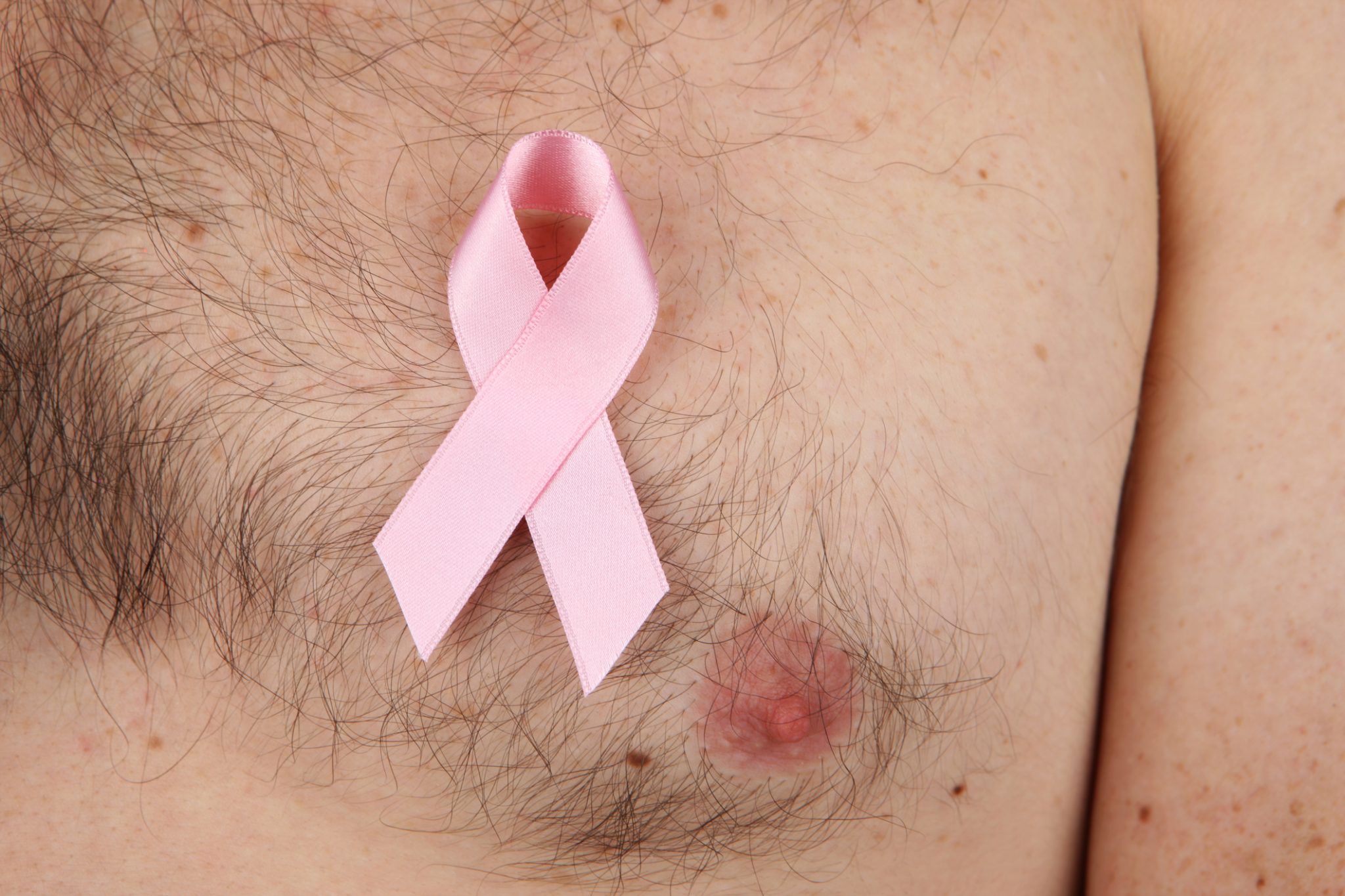 The pair set up HIS Breast Cancer Awareness to provide some much needed information about the treatments available, the lack of research around how breast cancer functions inside the male body, and the obstacles that come with being a man diagnosed with a "female disease."

"Men are also more embarrassed by a diagnosis because most people think of breast cancer [as being] only for women - and the colour pink!" says Vicki.

To combat this, HIS provides extensive information on the risk factors associated with breast cancer in men, how to self-examine as a man, and exactly what happens after a diagnosis.

They also use a ribbon that's both pink and blue, to represent both genders.

Carter echoes this sentiment, urging both men and women to be breast aware - and to be more aware of their own health in general.

“We need to move past that embarrassment," she says. "Most lumps are normal, but early detection leads to a better outcome and a better prognosis."

"We want to encourage people to not be afraid to check their breast, of going to the doctor, or even doing the check themselves.

"Whether it’s male or female and they notice any changes."

More information on breast cancer in men, as well as details of Harvey's and Vicki's stories, can be found on the HIS Breast Cancer Awareness website here.

If you are concerned about your health you should always see your GP.

popular
Wagatha Christie: Rebekah Vardy storms out of court just 30 minutes into final day
Fashion house Dolce & Gabbana is 'sponsoring' Kourtney and Travis' Italian wedding
Why Are Men so Obsessed With Boobs? The Answer is Pretty Surprising...
'She was always in awe of celebrity' – Rebekah Vardy's ex-husband speaks out
This is the easiest way to determine you may have VIKING heritage
Surprise! Ed Sheeran announces he and wife Cherry have welcomed baby #2
Claire Byrne Live viewers in shock as woman shares family DNA secret
You may also like
3 days ago
US hospital charged woman $40 for crying during consultation
1 week ago
Sandwich meal deals in supermarkets should be "illegal", claims HSE expert
2 weeks ago
Vicky Phelan shares update as she celebrates the bank holiday
3 weeks ago
"Ground-breaking" cancer treatment now available for children in Ireland
3 weeks ago
Ready to quit? Here are some realistic tips from someone who's giving up for good
1 month ago
Rosacea awareness month: 3 skincare products many rosacea sufferers swear by
Next Page