If you've ever used a public bathroom, you've probably used a hand dryer.

You know, they're the little boxes near the sink that you use to dry your hands when you've washed them after going to the toilet.

They make a loud noise and some of them are very intense (Dyson, we're looking at you).

People use hand dryers for a plethora of reasons too - one of them might be because they enjoy the feeling of hot air on their wet hands.

Another might be because they don't want to use toilet roll to dry themselves because that's disgusting. 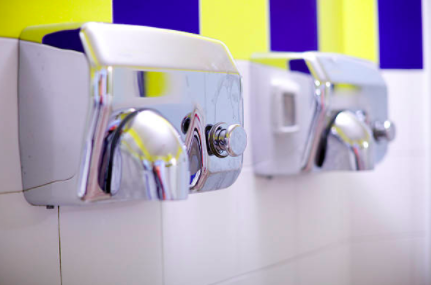 As it turns out though, using a hand dryer might actually be far more disgusting... according to new research anyway.

A new study conducted by researchers at the University of Connecticut showed that hand dryers expel a lot of harmful bacteria back onto your hands.

END_OF_DOCUMENT_TOKEN_TO_BE_REPLACED

And some of that bacteria is human waste.

They used plates to collect the bacteria that was expelled from the dryers when switched on, finding that sometimes up to 60 colonies of bacteria were discovered. 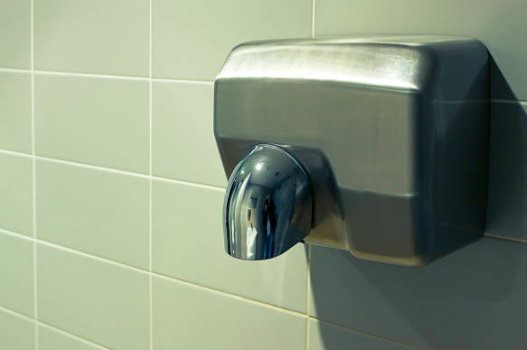 When the plates were simply left in the bathroom for a while, they only collected max 20 colonies.

Not only is this mildly disgusting, but it can also pose a potential health risk for whoever's using the dryer.

popular
5 reasons why Limerick is an ideal staycation destination this summer
Glossier: A first-time buyers guide to this cult beauty brand
Casper Walsh from Versatile got engaged this weekend, and the ring is INSANE
Ellie Goulding Just Got Her Revenge On Ed Sheeran Over THAT Break-Up Song
Christmas FM returns tomorrow, July 9... No, really
QUIZ: How well do you remember The Princess Diaries?
J.K. Rowling has signed an open letter calling for the end of cancel culture
You may also like
1 day ago
Tom Hanks says that he doesn't have "much respect" for people who don't wear masks
1 day ago
H&M to close 170 stores this year due to dropping sales
2 days ago
Aldi donating non-surplus food to food hub service during Covid-19
2 days ago
Dr Tony Holohan to be granted Freedom of the City of Dublin
3 days ago
International travel restrictions due to Covid-19 are expected to be extended until July 20
6 days ago
Stay or go? Here's what the experts are saying about travelling abroad this summer
Next Page