It's official! Women need more sleep than men and yeah, we definitely knew it

If you have a strong bond with your bed and have to peel yourself out of it in mornings (I for one am guilty), this could be of interest.

Professor Jim Horne, a sleep neuroscientist and formerly Director of Loughborough University’s Sleep Research Centre, is of the opinion that women can experience increased levels of psychological distress due to lack of sleep BUT this isn't as likely for men. 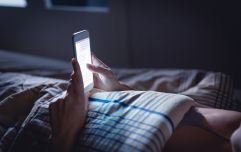 Our late night scrolling could be seriously damaging our heart health, scientists say

END_OF_DOCUMENT_TOKEN_TO_BE_REPLACED

Horne noted that in general, these feelings "were not associated with the same degree of sleep disruption" for males.

Speaking to Mail Online previously, Horne said that because women tend to "multi-task", their brains are used more during the day and, as a result, they need more time to recover.

"The more of your brain you use during the day, the more of it that needs to recover and, consequently, the more sleep you need.

“Women tend to multi-task — they do lots at once and are flexible — and so they use more of their actual brain than men do. Because of that, their sleep need is greater".

Horne, who has a vast knowledge of all thing sleep having edited the Journal of Sleep Research for fifteen years, said that on average, females need twenty minutes more sleep but this can vary from woman to woman.

This particular sleep expert also pointed out that men whose jobs involve "decision-making and lateral thinking” are also likely to need more sleep.

Horne's research, which focused on 210 men and women, was originally released in 2010 but to be fair, these are statistics we'll be referring to again and again.

If there was ever an excuse for a weekend lie-in, this is it and gals, we plan on putting it into action asap.

popular
6 winter accessories that make perfect gifts this Christmas
DSPCA and Gardaí rescue over 30 puppies and dogs from Dublin apartment
Ireland to be swarmed with freezing weather in the minus figures next week
Here are the new restrictions being considered for Christmas
Tributes paid to 29-year-old Irish woman who tragically passed away on holidays
Rob Kearney and Jess Redden arrive at wedding venue ahead of big day today
8 gorgeous Irish Christmas markets you need to visit this winter
You may also like
2 months ago
Waking up tired? The 5 houseplants that can help you get a better night's sleep
3 months ago
What you should be doing every night that will help you fall asleep faster
4 months ago
If your dreams are really weird right now, this could be why
4 months ago
Been sleeping with the fan on? That could actually be bad for your health
4 months ago
Forever waking up exhausted? 5 simple tricks to help you sleep better
4 months ago
Hello heatwave: 3 things to try if you're struggling to sleep in the heat
Next Page