Kim Kardashian has been diagnosed with it, but what exactly is lupus?

Nine out of ten cases are women.

This week viewers on Keeping Up With The Kardashians saw a teary Kim undergoing medical tests that indicated that she could have lupus and rheumatoid arthritis. The 38-year-old had gone to the doctor to investigate pains and swelling in her wrists and hands, and extreme tiredness (all of which could surely have been attributed to excessive selfie taking, no?).

Kim's tests showed antibodies that indicated these conditions, but she will need further testing to confirm whether she actually has them. Rheumatoid arthritis (RA) is a condition that most of us will be passingly familiar with, but what exactly is lupus – and is Kim too young to have it?

Brian Lynch, head of communications and advocacy at Arthritis Ireland, told Her that lupus is an autoimmune disease whereby the body attacks its own tissues with anti-bodies, causing pain and swelling. Lupus affects a small percentage of the population. Of that, however, the vast majority of those affected are women.

"The disease is nine times as common in women as in men, and it overwhelmingly affects people under 50."

While most people affected suffer from low levels of pain and swelling, lupus can be more serious for some. Last year, singer Selina Gomez previously underwent a kidney transplant due to complications from the disease.

Arthritis Ireland runs a helpline to provide information and support to people with lupus and RA, as well as pain management courses.

Below, Brian answers all of our questions about lupus... 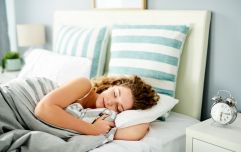 Apparently, Dry January is the best thing you can do for your sleep health

END_OF_DOCUMENT_TOKEN_TO_BE_REPLACED

Lupus (or systemic lupus erythematosus, SLE) is an autoimmune disease, meaning that the body’s immune system produces antibodies that attack its own tissues, causing inflammation. The immune system makes proteins called antibodies that fight infection. While it’s not known what causes lupus, it can be triggered by a combination of environmental, hormonal and genetic factors.

The condition is not directly passed from a parent to their children, but if a close relative has lupus, there is an increased chance of developing it.

Symptoms can include joint pain, a skin rash, fatigue, fever, weight loss, headaches, mouth ulcers, hair loss, swelling of lymph glands and fingers or toes changing colour in cold conditions. If the inflammation affects the internal organs, such as the heart, brain or kidneys, lupus can have more serious complications.

How many Irish people have it?

There isn’t any specific data on the prevalence of lupus in Ireland. However, international studies have shown that if affects between 12 and 28 people in every 100,000. A meta-analysis of European and North American studies has suggested an overall average prevalence of 24 cases per 100,000 population.

Who are the typical sufferers?

Lupus occurs primarily in women (nine in 10 cases), in particular during childbearing years. The median age at diagnosis among women is 37-50 years.

Do any lifestyle factors, such as diet or smoking etc, increase your risk of developing it?

There is not significant evidence of any role that lifestyle factors might play in increasing the risk of developing lupus. There have been few studies of nutrition as a causative factor in lupus. Cigarette smoking has been causally linked to the development of various autoimmune diseases, including lupus and rheumatoid arthritis.

What are the treatments?

While there is no cure for lupus at present, the condition is most often very treatable and usually responds well to a number of different types of drugs – especially when treatment is started in the early stages of the disease. The drugs used to treat lupus will depend on the severity of the disease and which parts of the body are affected.


popular
Holly Willoughby's checked Zara skirt is the perfect way to dress up your everyday look
Celebrities have nothing but praise for Jennifer Aniston's 'morning after' post
Louise Cooney just wore a gorgeous €65 coat from Pretty Little Thing and we ADORE it
Bank of Ireland warns customers to delete latest scam text from phones immediately
8 GORGEOUS little matching tattoos you should get with your BFF
The flattering €16 Penneys dress we'll be wearing every day for the foreseeable future
Eve finally tells the story of Tyga slipping into her DMs, and it's a little suss
You may also like
6 days ago
QUIZ: Can you guess what society's most infuriating daily disruptions might be?
1 week ago
'Happy wife, happy life' is a very real thing, according to one study
1 week ago
Chilling the beans: my entirely accidental fall into cooking therapy
1 week ago
Research finds that drinking tea regularly is linked to a "longer and healthier life"
2 weeks ago
People who vape and smoke together double risk of stroke, says study
2 weeks ago
4 protein-rich foods if you're changing up your diet this January
Next Page