Look away now if you were planning to indulge in an alcoholic beverage or two over the weekend.

A large-scale global new health study has found that alcohol provides no health benefits to the under 40s – and actually poses many health risks – including injuries relating to drinking or car accidents, suicides or murders.

END_OF_DOCUMENT_TOKEN_TO_BE_REPLACED

In fact, the researchers who looked at the risk of alcohol on health outcomes found that drinking more than a small shot glass of beer a day could pose risks to health for men under the age of 40, and as for women, a safe daily limit for women aged 39 and under is the equivalent of two tablespoons' worth of wine.

The Global Burden of Diseases study is a rolling project based at the University of Washington in Seattle produces the most comprehensive data on the causes of illness and death in the world.

The researchers looked at the risk of alcohol consumption on 22 health outcomes, including injuries, cardiovascular diseases, and cancers using 2020 Global Burden of Disease data.

And using this information the researchers were able to estimate how much alcohol a person can drink before taking on excess risk to their health compared with someone who does not drink any alcohol.

Most harmful for younger people

END_OF_DOCUMENT_TOKEN_TO_BE_REPLACED

The study, which was published in The Lancet, found that 59 percent of those who drank harmful amounts were people aged 15 to 39.

"Our message is simple: young people should not drink, said senior study author Dr Emmanuela Gakidou, a professor of health metrics sciences at the University of Washington's School of Medicine in the US.

"And while it may not be realistic to think young adults will abstain from drinking, we do think it's important to communicate the latest evidence so that everyone can make informed decisions about their health." 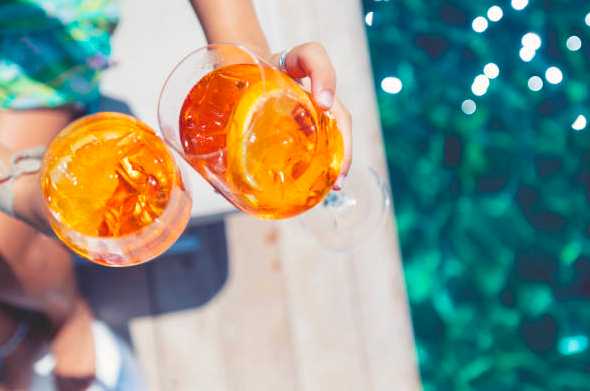 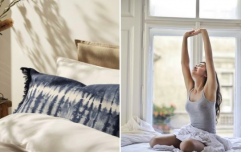 END_OF_DOCUMENT_TOKEN_TO_BE_REPLACED

The study calls for stronger guidance to warn younger adults of the health dangers posed by drinking and the authors said there should be tailored alcohol guidance depending on a person's age and where they live in the world.

According to figures from the research, analysis of drinking habits in 204 countries around the globe, some 1.34 billion people are estimated to have consumed harmful amounts of alcohol in 2020.

One interesting find from the study is that the level of alcohol that can be consumed without increasing health risks seems to rise throughout a lifetime.

"This is driven by differences in the major causes of death and disease burden at different ages," the authors wrote.

"Any level of drinking leads to a higher probability of injuries, while small amounts of alcohol decrease the risk of some conditions prevalent in older ages, such as ischaemic heart disease and diabetes."

Concluding their research, the study authors found that adults aged 40 and older without underlying health conditions may benefit from limited alcohol consumption, such as a small glass of red wine a day, including a reduced risk in cardiovascular disease, stroke and diabetes.

But on average, the recommended alcohol intake for adults over the age of 40 remained low, peaking at 1.87 standard drinks a day. After that the health risks increased with each drink, the Lancet reported.

Lead author Dana Bryazka, researcher at the Institute for Health Metrics and Evaluation (IHME) at the University of Washington's School of Medicine, said: "Even if a conservative approach is taken and the lowest level of safe consumption is used to set policy recommendations, this implies that the recommended level of alcohol consumption is still too high for younger populations.

"Our estimates, based on currently available evidence, support guidelines that differ by age and region.

"Understanding the variation in the level of alcohol consumption that minimises the risk of health loss for populations can aid in setting effective consumption guidelines, supporting alcohol control policies, monitoring progress in reducing harmful alcohol use, and designing public health risk messaging."

popular
Laura Whitmore addresses negative Love Island comments
Top tips for keeping your fake tan on for longer as the weather heats up
Why Are Men so Obsessed With Boobs? The Answer is Pretty Surprising...
John McAreavey reveals baby number two is on the way
Coco Lodge has released her Love Island audition tape
Lili Reinhart responds to claims she's pregnant after photo surfaces online
23 shows with four or more seasons to watch on Netflix
You may also like
1 month ago
New Spanish hospital to offer "alternative pathway" for Irish patients waiting for routine treatments
1 month ago
Plastic Free July: 5 clever buys to help you ditch single-use plastic forever
1 month ago
First Dates' Merlin thanks fans as he returns home from hospital
1 month ago
Vicky Phelan shares message of support with Charlie Bird as she deals with pain
1 month ago
Made in Chelsea's Louise Thompson returns to hospital
1 month ago
Parents call for babies to be tested for rare muscle condition
Next Page