"We expect to have toilet paper when we visit a toilet. Why should period products be treated any differently?"

This week, England became the third UK country to announce that it will be providing students in state schools and colleges with access to free period products.

Tampons, pads, and menstrual cups will soon be available for students free of charge to tackle period poverty and to ensure that fewer girls miss school because they're struggling to pay for sanitary products.

END_OF_DOCUMENT_TOKEN_TO_BE_REPLACED

“Periods are a normal part of everyday life and we do not want young people missing out on lessons because of them," said Michelle Donelan, minister for children and families in the UK.

“This scheme will deal with those problems so young people can go about their daily lives without getting caught out.”

The move has generated much chatter about the necessity of free period products, and the anxiety that will be alleviated for those forced to missed school because they are menstruating.

It wasn't just the UK government that triggered the move, but the tireless efforts of so many individuals and groups who campaigned for change.

Among them was The Red Box Project, a movement dedicated to supplying as many UK schools as possible with period products for their students.

The initiative was set up in 2017 by three friends who wanted to increase the number of pads and tampons available to students.

Having read about the affects of period poverty and its tendency to hinder young women's education, they decided to contact a few secondary schools in their area to see whether a box stocked full of period products would be welcomed.

Co-founder of The Red Box Project, Clegg Bamber, says that a combination of on the ground campaigners, a #FreePeriods protest, and the steady growth of a dedicated group of volunteers were among the things that made the UK's campaign for free period products so successful.

"This is a great first step providing period products for free to all young people in educational settings," he tells Her.

END_OF_DOCUMENT_TOKEN_TO_BE_REPLACED

"Young people are the future leaders of our world, taking society forward. However, we are aware there is the more wider issue of period poverty affecting people of all ages in adulthood as much as childhood.

"Let's not forget period products are essential items and they certainly are not something that is a luxury."

Although The Red Box Project focuses on supplying period products to students, the group is aware that period poverty affects women of all ages.

Pads, tampons, and menstrual cups will soon be available in schools and colleges, but in an ideal world, they would also be free in public buildings such as libraries, leisure centres, and civic buildings, as well as offices.

However, it's not just the availability of free menstrual products that will change the way people view periods in the UK, but the related education that will hopefully follow - for people of all genders.

"As someone who was at school only six years ago, and a male, we had no education whatsoever on menstruation," says Bamber.

"[Our sex education] was simplified around male body changes.

"Educating every person in a school or educational setting brings about a multitude of positive benefits: normalising conversation, removing stigma and making people aware of what menstruation actually is. " 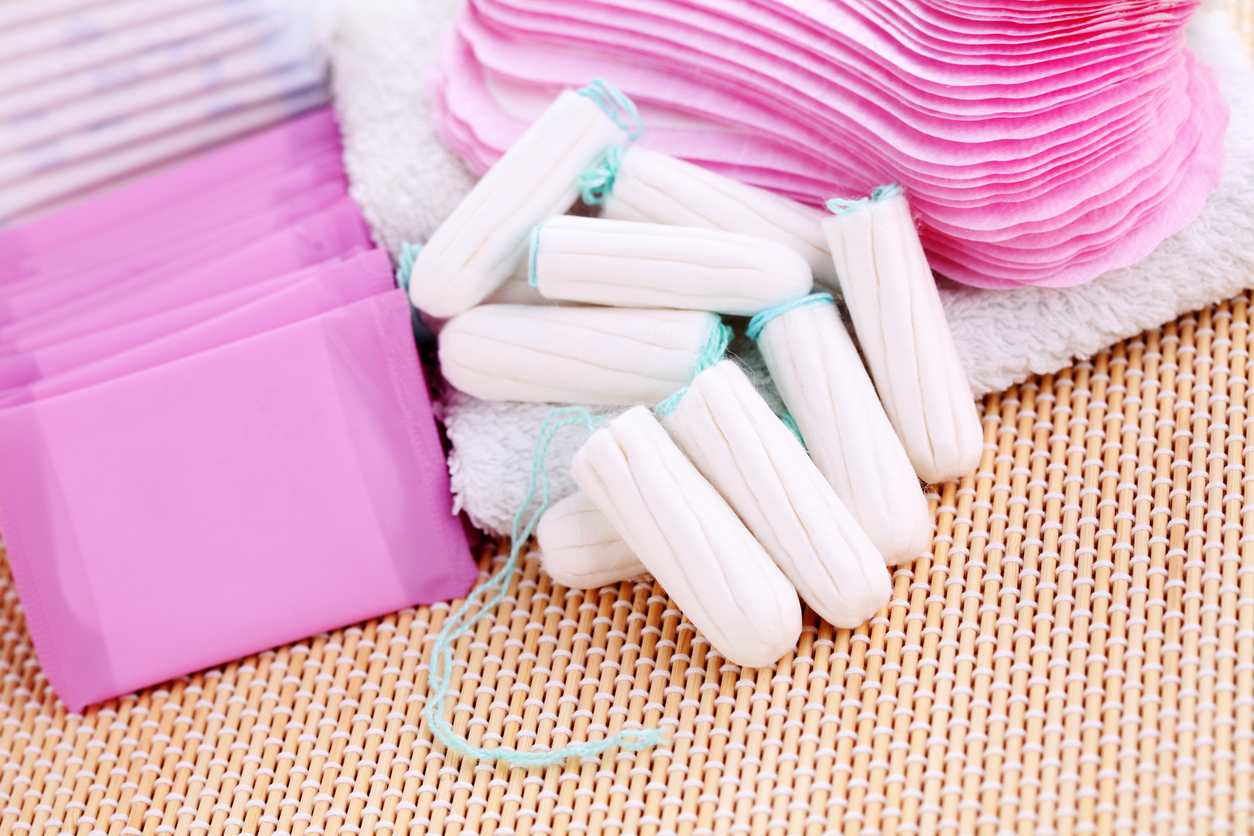 Last year in Ireland, a period poverty committee was set up by current Minister for Heath Simon Harris in a bid to tackle the cost of pads and tampons in Ireland.

According to a 2018 study, half of girls aged between 12 and 19 admitted to struggling to pay for period products in the past, with the worst affected being those in low income families, direct provision centres, women's refuges and homeless women.

Although pads and tampons are not subject to VAT in Ireland, products such as menstrual cups still are.

This is one of the issues that the committee said they were dedicated to tackling - while also working with other EU countries to remove their own VAT on such products.

However, since the committee's inception there has been little movement on the issue of period poverty in Ireland - a stagnancy that is only more apparent after this week's news from the UK.

Founder of Dublin based group The Homeless Period, Claire Hunt, says that she doesn't believe a committee is necessary to tackle Ireland's period poverty.

Rather, she says: "All that is required is action."

"It does not require a committee to provide free period products in public buildings nationally. It requires a political will do it. It is not complicated in that sense. Now that we are in an election cycle, it will be somewhat topical when brought up on the doorstep.

"The general public are fundamentally good and there is an awareness that this is an issue for girls and women that needs to be addressed."

A post shared by The Homeless Period Project™ (@thehomelessperiodproject) on Dec 12, 2019 at 5:01pm PST

Set up in 2016, the Irish faction of The Homeless Period has been collecting donations of menstrual products for years.

Distributing them to a variety of women's services in Dublin, the group's focus is clear, but their work points to a much larger problem that still exists in Ireland and around the world.

Many women still struggle to pay for period products, and this is (for some reason) still accepted.

Hunt says normalising periods - as well direct political action - is the first and necessary step to tackling the issue.

"We expect to have toilet paper when we visit a toilet. Why should period products be treated any differently?" she says.

"I would ask any person who criticises [the campaign], have they ever experienced a situation where you have to make a choice between putting food on the table, or purchasing tampons, pads and painkillers? Have you ever stayed at home from school because you cannot afford to purchase products and do not want blood seeping through your clothes?

"Poverty, in general, is a real issue in Ireland. Not being able to afford period products compounds this with loss of dignity. "

You can find out more about The Homeless Period here and The Red Box Project here.

popular
Forensic officers continue search for missing 4-year-old Cleo Smith
You stars Victoria Pedretti and Dylan Arnold spark romance rumours
Police in US deny Brian Laundrie DNA rumours
The most popular baby names in Ireland have been released in Statistical Yearbook 2021
Apparently, THIS is the reason why Louise Redknapp split from Jamie Redknapp
More and more spiking cases reported on nights out
Channel 4's Breastfeeding My Boyfriend doc criticised for contributing to stigma
You may also like
1 week ago
Kate Garraway in hospital with eye infection
2 weeks ago
3 simple, natural ways to strengthen your immune system ahead of cold and flu season
2 weeks ago
Nurses to protest working conditions at Connolly hospital today
2 weeks ago
10 small habits that will make you happier, healthier and less stressed
3 weeks ago
Woman charged fee for "brief emotion" during mole removal
3 weeks ago
Did you get 'Covid toes?' Research shows new side effect of virus
Next Page