Remember sex education? The Her team share how they learned about the birds and the bees

Plenty have quite the story to tell...

...including some of us here at Her. 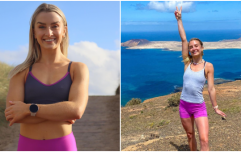 END_OF_DOCUMENT_TOKEN_TO_BE_REPLACED

It probably doesn't help that not everyone's parents were comfortable teaching them about the birds and the bees or perhaps that one lesson in biology class only lectured you on ovaries.

At the start of the year, ellaOne carried out research (1,000 18 to 35 year-olds in Ireland) that showed 20 percent of respondents had sex before formal sex education, while 22 percent of women said they first learned about emergency contraception from their friends.

In general, many can be hesitant to talk about sex and well, the only way to become more comfortable with any kind of sex talk is of course, to talk!

So, we here at Her have come together, sharing our funny, embarrassing and ridiculous aspects of the sex ed. we received (or didn't) and what we make of it all now:

"A 10 year old girl attending a mixed primary school in Dublin, I had expected to be thrilled, to emerge from my sex ed class armed with necessary information about my body, the male body, and sex itself. Alas, I was entirely disappointed. Instead what transpired was an awkward biology book heavy explanation of what occurs during penetrative sex, when a woman gets pregnant, and the menstrual cycle (the boys were exempt to go play football during this one, naturally).

"I didn't need to know how orgasms happened at aged 10, but it would have been nice to know that female pleasure exists. Putting on a condom wasn't something I was desperate to try out in the real world, but it would have saved me a lot of hassle (and a lot of awkward fumbling...) in the future if I had been taught it."

"I was given a book, randomly enough. If I remember correctly it was one of those books that you could flip over. So, it was a 'boys only' side (that we weren't supposed to read) then a 'girls only' side for all our info. Of course I read both sides, I think that was the point. Giving full credit to my parents, I was pretty up to date with the ins and outs of the birds and the bees through the mortifying 'talk' but attending an all-girls catholic school as I got older definitely didn't help when it came to experience or knowledge. If I remember correctly, I got a lot of my information from chatting to friends and then the dreaded Hollywood movies came in to play which, if I'm being totally honest, helped absolutely nobody.

For a large portion of my teen years, I presumed my first sexual experience would be akin to Cruel Intentions, where you fall madly in love with a 'Ryan Phillipe' looking character and it 'hurts' a bit but all for the greater good because... it's love. Yeah, it never really works out like that.

I'm glad sex education is a lot better today and we talk about more than just having babies (nod to my sex education nuns there). I still blame Hollywood movies for women faking orgasms though, if you have an orgasm the first time you have sex then you deserve some kind of medal... shut up Hollywood."

"I don't remember any sex ed class that I had. Did my mind just block it out of my memory? Maybe. Maybe it was so bad that my body decided, "let's forget about this one".

I am honestly sitting here racking my brain trying to remember if there was any vegetable shaped like a dick that we put a condom on in school and I've got nothing.

So obviously I learnt LOADS!

The one thing I do remember from secondary school was when we had a sex health teacher in 4th year (too late for some) who talked to us about sex in a massive assembly hall. One of the girls in my year raised her hand to ask if she could get pregnant from being in a hot tub with sperm and I laughed and that's all I remember. Oh and the answer was no, you can't get pregnant through hot tub swimming sperm! "

Get the facts on emergency contraception. Visit ellaOne.ie for more information.

popular
Patrick Clancy asks public to forgive his wife after she murdered their three children
Cork influencer Lisa Jordan releases her own clothing line
Fans call out Jake Paul for insensitive comment on Molly-Mae's baby announcement
Molly Mae has called her daughter after a Disney character
A croissant cafe has opened in Dublin and you need to try it
Varadkar slams schools for giving children "too much" homework
Tributes pour in for 22-year-old woman killed in Mayo crash
You may also like
2 weeks ago
WIN: Tickets to the Irish premiere of Magic Mike's Last Dance in Dublin
4 weeks ago
New year fitness goals? Lidl's got you covered
1 month ago
Buying your first home in 2023? This FREE online mortgage event is perfect for you
1 month ago
4 easy and practical tips for saving money on your utility bills this winter
1 month ago
8 must-watch movies coming to cinemas during Christmas and the New Year
1 month ago
5 any-budget ways to support your favourite charity this Christmas
Next Page